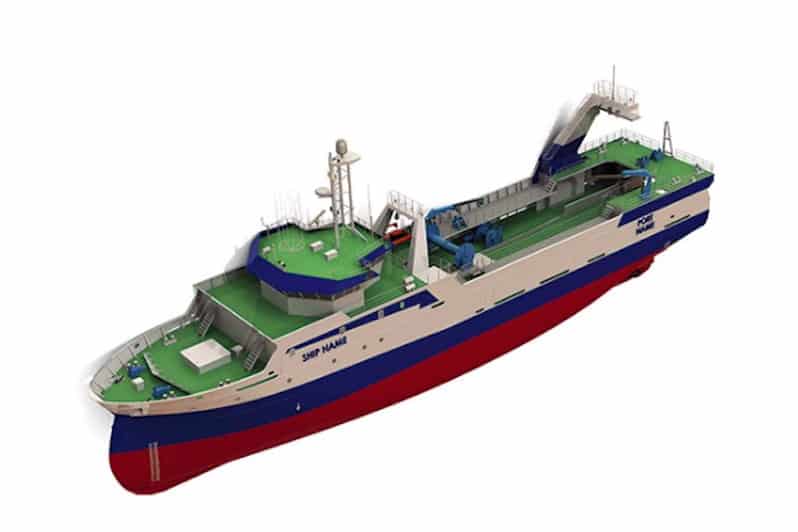 Renewal of the Spanish fleet is in progress, and the Nodosa yard is building for both local and overseas fishing companies.

‘There’s a real need for renewal and this has already started, with two companies building new trawlers.’

Nodosa, which made the decision to expand in 2014 with the acquisition of the former Factoría de Naval de Marín yard, has extended its capabilities significantly, allowing it to build larger new vessels and carry out repairs and maintenance for large trawlers and tuna vessels.

The yard’s orderbook reflects the extent of its new facilities, with the new fly-shooter/twin-rigger Henk Senior for Osprey in Holland under construction, as well as CFL Hunter, a specialised 59.50m by 12.50m beam freezer longliner for the South Atlantic being built to Marine Design International’s design, also for delivery in the early part of next year to its Falklands owners.

‘It’s a new standard of fishing vessel,’ Jorge Luis Sánchez said. ‘The accommodation on board is like a top hotel.’

In addition to CFL Hunter, Nodosa is building a 74 metre freezer trawler for Pereira to be complete in late 2018, and a 63 metre freezer vessel for Kalamar for delivery in late 2017, plus a pair of 35 metre fresher trawlers for a German fishing company.

‘We have two new trawlers being built for the South Atlantic, and there are certainly other companies looking carefully at the options for newbuilds,’ he said.

For the full story, see the web version of Hook and Net.