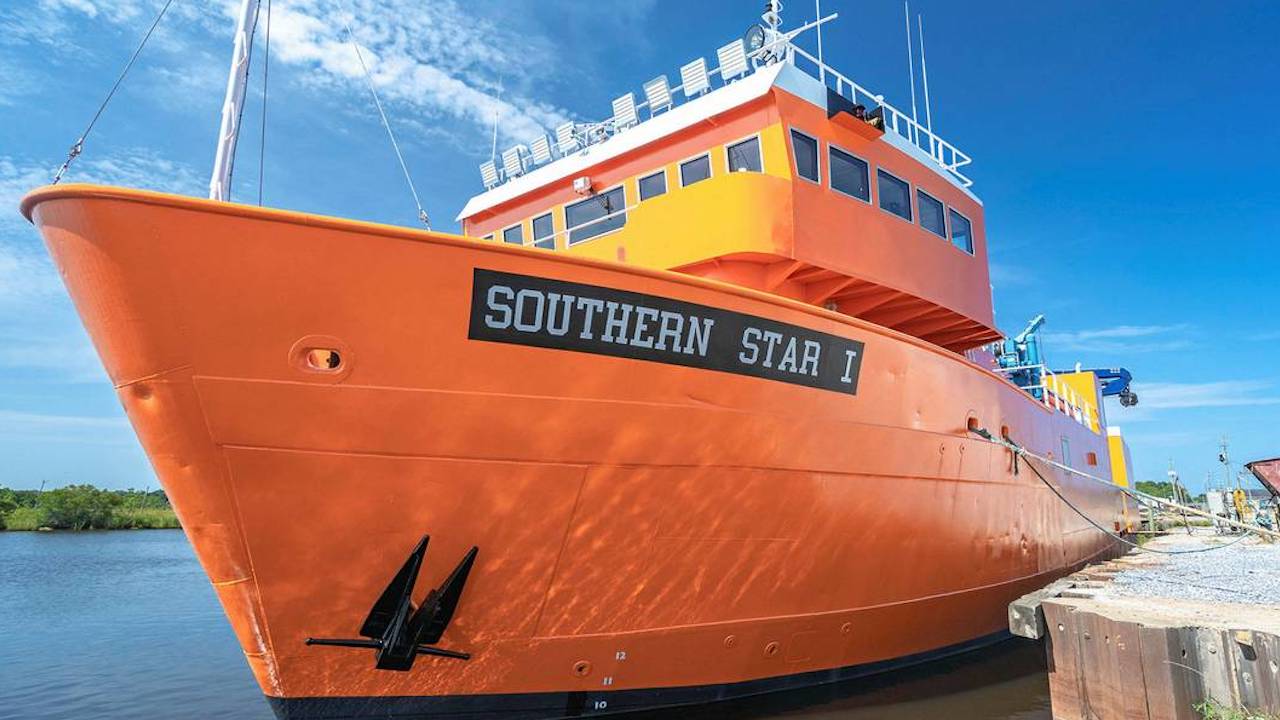 Southern Star has been rebuilt at the Omega Protein Shipyard to fish for red crab in the Southern Ocean. Image: Omega Protein

The Omega Shipyard has completed the refit of former offshore support vessel Southern Star, now heading for the South Atlantic to fish on red crab, operating from Montevideo in Uruguay.

Built in 1979 as an oil industry offshore support vessel, Southern Star was originally acquired in 2916 by the Omega Shipyard’s parent company Omega Protein, which had plans to convert it to fish for menhaden.

Following Omega Protein’s takeover by Cooke Inc, the plans changed and it was instead decided to redesign Southern Star as a crabber to be run by Cooke Uruguay.
‘This vessel is going to be a quantum leap into the future compared to what’s currently available,’ said Tim Milligan, Director of the Omega Protein shipyard at Moss Point, Mississippi.
‘It’s going to expand the capabilities of the fleet in a big way.’
Following the $12 million refit, Southern Star has a 30-day endurance and becomes one of the most sophisticated vessels in the fleet, with a completely rebuilt propulsion system and an advanced processing deck designed to minimise the manual labour requirement for catching and processing red crab at sea. The catch handling deck is fully equipped to process, package, freeze and store red crab on board, so that product can be discharged ready to be shipped direct to retailers and wholesalers, maximising the quality and freshness of the product.
‘With these new renovations, you can’t get a fresher product,’ Tim Milligan said.
‘They’re going to allow us to provide seafood that comes straight from the ocean and goes directly to the customer.’

Huginn on the way home from Poland