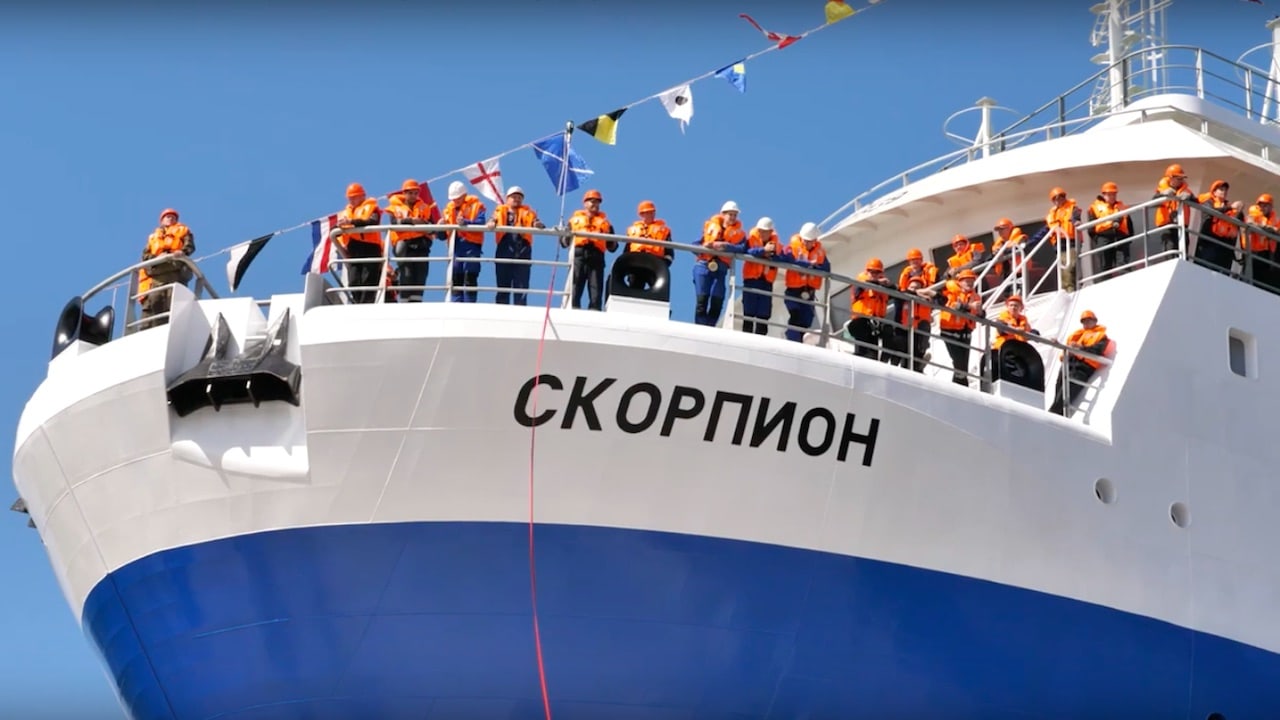 The first of two new trawlers for the FEST group of companies has been launched by the OAO Pella shipyard in St Petersburg.

The 61.04 metre LOA, 14 metre beam Skorpion is designed for both demersal and pelagic fisheries, with catches processed and frozen on board.

Skorpion has capacity to process 70 tonnes of products per 24 hours, including at least 40 tonnes of fillets frozen in horizontal plate freezers, and H&G production in vertical plate freezers. There is also on-board processing of factory waste. Processed catches are stored in the 1200 cubic metre fishroom at -30°C.
The new trawler has a 3480kW Wärtsilä 6L32 main engine.
Accommodation is for a crew of 38.
There was a distinguished guest list for Skorpion’s launching, with Minister of Agriculture Dmitry Nikolaevich Patrushev and deputy Minister and head of the Federal Agency for Fisheries Ilya Vasilyevich Shestakov attending.
Fest Group’s Alexey Viktorovich Anisimov, Pella’s General Director Herbert Robertovich Tsaturov and deputy General Director Sergey Kukhtik took part, along with representatives of the Murmansk and Leningrad regions’ governments, the Russian Maritime Register of Shipping, Alfa-Bank, Norebo Holding and Soyuz Fishermen of the North, Flotokeanprodukt, plus the shipyard management and staff.
Skorpion’s godmother, Larisa Petrovna Tikhonova, Fest’s chief accountant, formally launched the new trawler at the Pella yard as it slipped into the water at the shipyard’s quayside.