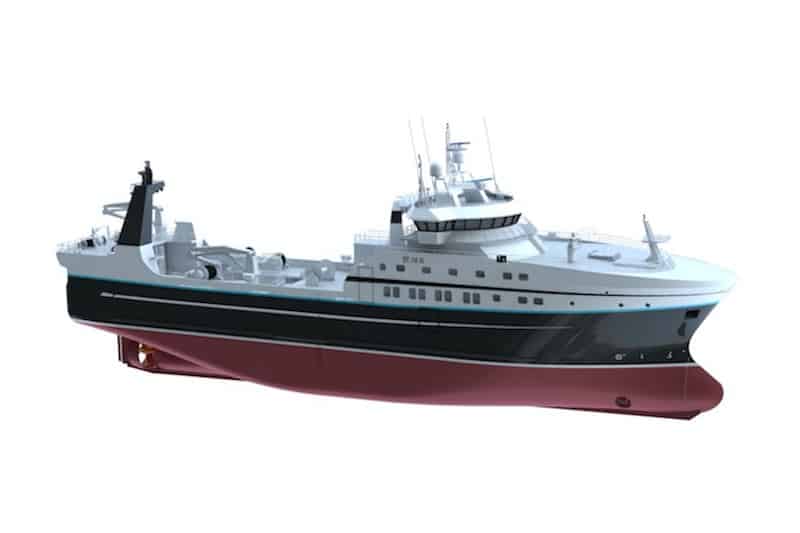 Contracts for new fishing vessels have been announced in Russia as fishing companies set their sights on new quotas only allocated on the basis of investment in fleet modernisation.

Hook and Net reports that Between 2017 and 2021 a total of 46 vessels are expected to be constructed, including 16 medium-capacity fishing vessels for northern waters and 30 mainly large-capacity vessels for the Russian Far East, according to industry figures.

The Vyborg Shipyard announced in November a contract worth €153 million for four trawlers for Arkhangelsk Trawl Fleet, with the four to be built to an ST-116XL design by Norwegian naval architect Skipsteknisk.

According to Dmitry Ozerovski, one of the major shareholders in Arkhangelsk Trawl Fleet, the main reason the contract to went to the Vyborg Shipyard is that in past this facility has been operated by a Norwegian company and already successfully built similar vessels.

The Vyborg Shipyard has also let it be known that it is also negotiating with Murmansk-based fishing company Nord Pilligrim for the construction of two ST116 trawlers, also designed by Skipsteknisk. This contract could be signed by the end of the year, while the yard expects in early 2017 to reach an agreement for two trawlers with For Group, which unites a number of fishing companies in North-West region of Russia.

Russian shipyards have been waiting patiently for a revival of activity in the fisheries sector and a much-needed renewal of the fleet at Russian yards, and may now find themselves competing for new contracts.

A spokesperson for the North Shipyard located near St. Petersburg confirmed that they are currently negotiating the construction of seven ST–155L vessels, designed by Skipsteknisk, for one of the largest Russian fishing company.

However, the yard’s spokesman declined to comment further on any details of these negotiations, saying that agreements depend on legislation being passed that will trigger investment quota distribution.

For the full story, go to the web version of Hook and Net.