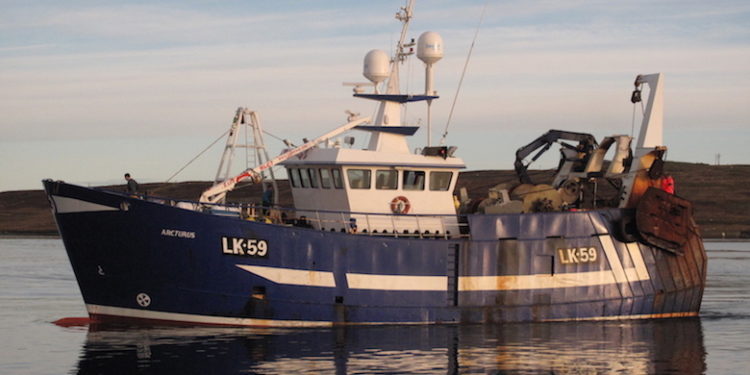 Complete control of fisheries in UK waters must be restored during the Brexit negotiations, Scottish industry leaders insisted today as the government prepared to trigger Article 50 of the Lisbon Treaty.

Bertie Armstrong, Chief Executive of the Scottish Fishermen’s Federation, said the case for repatriating powers entirely to the UK government and the devolved administrations was overwhelming and urged ministers not to sell the industry out.

‘The entire UK industry has united behind this principle, and legally, morally, economically, there are no grounds for any other outcome. Anything short of the restoration of complete control would be a colossal betrayal. Under international law, we should rightfully resume control over our waters, the so-called Exclusive Economic Zone (EEZ),’ he said.

‘That presents a huge sea of opportunity for our fishermen given that under the disastrous Common Fisheries Policy (CFP) we are forced to give away almost 60% of a very high quality natural resource which is abundant in our waters.’

He compared this scenario to France, Spain, Italy and Portugal being compelled to hand over more than half of their grape harvests to other countries for wine-making.

‘Just as these countries would not countenance trading away their natural resources in any negotiation, we should be steadfast in protecting what is rightfully ours. We are not being unreasonable in this – once the principle of control has been agreed we will as a Coastal State be open to negotiations over mutually beneficial access on an annual basis like Norway and Iceland.

He added that UK and Scottish government assurances that the interests of the industry would not be sacrificed as they were upon the UK’s accession to the Common Market in 1973 had been welcome.

‘We are of course grateful for the positive approach of the two governments, but there is a long way to go and ministers can be sure that fishermen right around our 19,000-mile coastline will be watching and expecting them to live up to their promises.’