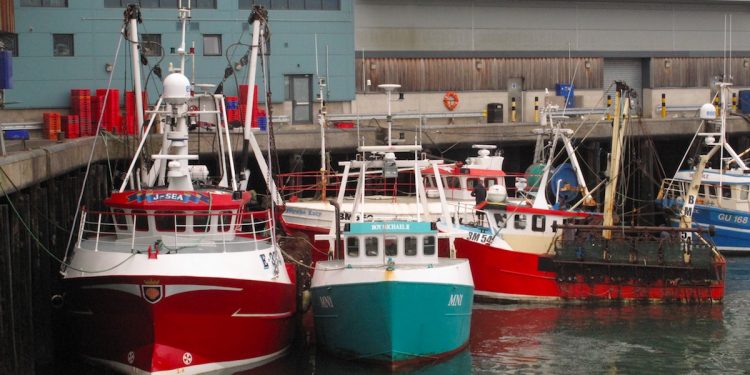 According to the NFFO, which represents much of the UK fishing industry, in many respects fishing is seen as a litmus test for Brexit and all the signs are that the UK will take a robust stance.

‘The Government’s confirmation that fishing is one of its five top objectives provides confidence that things will be different for fishing this time around,’ an NFFO spokesman said, commenting that the expectation is that the fisheries experts within government, within DEFRA, will negotiate on fisheries, while the overall negotiations will be co-ordinated by 10 Downing Street and the Cabinet Office.

‘The EU has made its position clear. Any overall deal will be contingent on the UK agreeing to the status quo on access and quota shares. President Macron has said that a 25-year deal, essentially tying the UK back into something close to the CFP is the price of a free trade deal,’ the NFFO states.

‘The UK has been equally clear. Both sides need a trade deal but as an independent coastal state, the UK will grant access for non-UK vessels to fish, only on negotiated terms. And those terms will include addressing the quota shares which currently leaves the UK with only around 40% of the fish caught in its own waters.’

The NFFO states that its role is straightforward – to hold the Government to account in delivering the promises and commitments it has made on fisheries.

‘Those coastal communities which have atrophied as a direct result of political decisions made, in the lead up to the UK’s entry to the EEC, have a legitimate expectation that their fortunes will change,’ the federation’s spokesman said.

The fifth parliamentary event held in two years took place last week, aiming to underscore the position of the NFFO and Scottish Fishermen’s Federation and their key messages. ‘Leaving the EU provides the opportunity to redress that balance, as the UK will become an independent coastal state. with the rights and responsibilities associated with that status,’ the NFFO states. ‘

There are high expectations that a new deal will be delivered on fisheries that will lay the foundations for a vibrant and sustainable future. All eyes are on the Government to deliver and our expectation is that the 31st January – will mark the beginnings of that seismic shift for the better.’