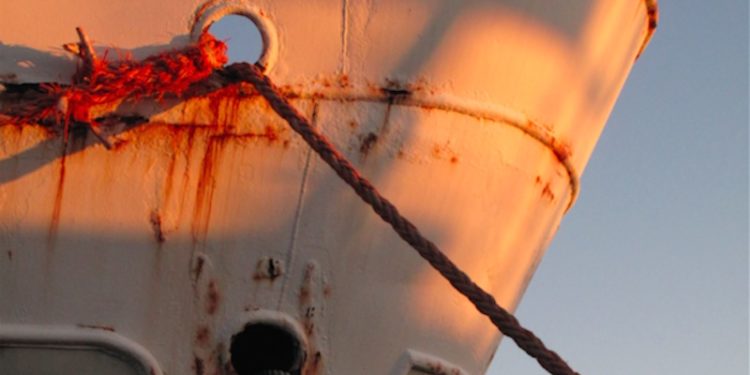 The EU Commission has red-carded Saint Vincent and the Grenadines and the Comoros, and issued Liberia with a warning.

According to the EU Commission, Saint Vincent and the Grenadines and the Comoros have been identified as non-co-operating third countries under the EU’s regulation to fight and deter IUU fishing, while Liberia has been pre-identified.

‘We are showing our commitment to fight illegal fishing globally. The EU’s actions in the past years created an incentive for states to take their responsibilities seriously, and implement reforms to their fisheries sector,’ said Commissioner Karmenu Vella.

‘We do not like to impose sanctions on third countries, but sometimes clear action is needed. We invite the Comoros and Saint Vincent and Grenadines to seriously step up their fight against illegal fishing so that we can reverse this decision quickly. Following today’s warning to Liberia we hope their authorities choose to act quickly and correct their wrongdoings.’

The decision to issue a red card to the Comoros is based on the typical use of its flag as flag of convenience. Most of the Comorian fleet has no connection to the country and operates in breach of national law, mainly off West Africa. These vessels have been found to disregard the laws applicable in the national waters they operate in, including transhipping.

Despite receiving a yellow card in October 2015, and despite considerable effort by the European Commission to support this country in addressing the issue, no progress has been made. Although the red card implies trade sanctions, in this particular case the decision will not affect trade as the Comoros do not export fish to the EU. However, EU vessels will no longer be allowed to take licences to fish in their waters.

For Saint Vincent and the Grenadines the decision comes due to the lack of control by the authorities of vessels under their flag. These vessels operate all over the Atlantic and offload their catches in Trinidad and Tobago (which had already been warned in order to improve control over activities in its ports).

Liberia has the second biggest shipping registry in the world with more than a hundred fishing transport vessels registered under this flag. The national fisheries authorities do not have the information or means to control this fleet. This lack of control has been confirmed by the listing of a Liberian vessel on the international ‘black list’ last October. Liberia has taken reform measures including the revision of its fisheries laws, but no tangible progress has followed. The Commission hopes that the pre-identification will raise political awareness and encourage the country to implement the necessary reforms in fisheries governance.

The Commission’s decisions taken today are the result of thorough analyses, following informal and formal discussions with the relevant authorities in each country. The Commission has proposed to Liberia a tailor-made action plan and estimates the identified issues can be resolved in six months. The Comoros and Saint Vincent and the Grenadines received action plans when they were pre-identified (in October 2015 and December 2014, respectively). Ongoing dialogue and support will encourage these countries to step up their efforts to fully implement these action plans.