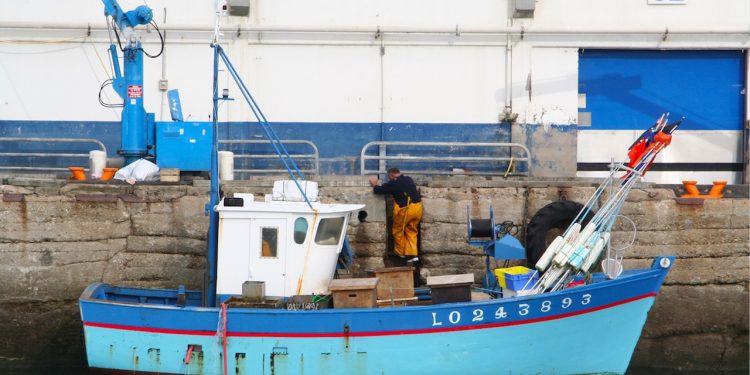 European fishing industry body Europêche sees the amendments voted on by the European Parliament Committee on Fisheries to revise the Union Fisheries Control System as a step in the right direction.

‘The European Parliament has enhanced traceability of seafood products, digitised tracking and catch reporting across the value chain and harmonised sanctions and enforcement measures across Member States. This will create a true level playing field on EU control efforts so all fishers are fairly and equally treated.’

In broad terms, Parliament’s position improves the proposal from the European Commission on modernising and simplifying the control and enforcement measures adopted back in 2009 without creating unnecessary economic and bureaucratic burdens to the fishing industry.

‘The industry appreciates these efforts although still some remaining issues in the Commission’s proposal must be addressed. In this context, Europêche hopes that the agreement found in the Fisheries Committee stands in the upcoming Parliamentary Plenary session.’

Europêche has welcomed the Fisheries Committee proposal to introduce cameras on board fishing vessels (CCTV) on a voluntary basis provided that an incentive such as catch quota uplifts or freedom of choice of method in conducting a fishery is granted by the competent authority. Alternatively, fishing vessels shall equip CCTV technology on a temporary and mandatory basis provided that they have committed two or more serious infringements, as an accompanying sanction.

‘We favour the use of high-tech remote electronic monitoring tools to modernise data management and enhance compliance,’ said Europêche managing director Daniel Voces.
‘However, the introduction of intrusive technologies such as cameras clearly clashes with business confidentiality, privacy and workers’ rights. The introduction of CCTV must therefore be done step by step, with incentives and in close co-operation with the industry as suggested by the Fisheries Committee.’

The Parliament also limits the mandatory introduction of monitoring of engine power devices to vessels that operate in areas subject to fishing effort regimes or restrictions on engine power. According to Europêche, the rationale behind this approach is clear – ‘in fisheries subject to catch limits, the size or power of the boat does not matter, it will always be limited by the allocated quota.’

However, Europêche regrets the increased bureaucracy in particular for the fleets operating in the Mediterranean.

In line with the Commission, the Parliament supported the idea that from now on all quantities of each species caught and kept on board, even below 50kg, must be recorded.
‘The small-scale fishermen Europêche represents are disappointed with the removal of that threshold which will exponentially increase red-tape and working hours,’ Daniel Voces said.

The Fisheries Committee, however, has introduced more flexibility on the estimates recorded in the fishing logbook for each species which are extremely difficult to match with the quantities actually landed. Europêche appreciates the introduction of higher margins of tolerance for mixed, small pelagic and industrial fisheries, for species retained on board that do not exceed 100kg and for tuna species.

‘Europêche welcomes the flexibility provided by these agreements in terms of timing, scale and bureaucracy thus showing closer ties with the fisheries reality,’ Daniel Voces said.

‘The current EU fisheries control system is one of the most advanced in the world and has undoubtedly contributed to step up compliance with the Common Fisheries Policy and to the sustainable management of our fish stocks. Our fishermen do not need more red-tape but clear and efficient rules uniformly applied across the EU to guarantee equal treatment, reduce costs and make their life easier.’