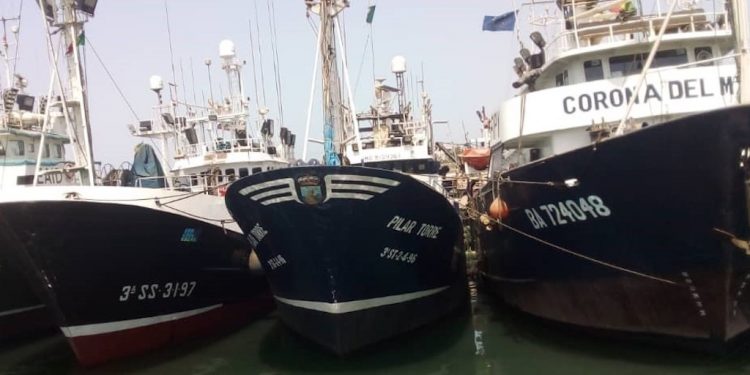 Spanish fishermen’s organisations are urging the European Commission to defend the interests of the Basque pole-and-line fleet, which has remained tied up in Dakar since January, continuing to incur costs, while Senegal continues to withhold licences provided for in the fishing protocol agreed with the European Union.

According to Spanish industry body Cepesca, there is a pressing need for the European Commission to resolve the situation urgently and to defend the interests of European fishermen against third countries that without explanation unilaterally breach a fishing agreement with the EU.

Cepesca also takes issue with the Commission’s view that in this case, community aid for fishermen is not applicable, despite the support expressed by many members of the European Parliament.

The Basque pole-and-line fleet that operates in those waters (represented by Dakartuna) fishes tropical tuna species, such as skipjack, yellowfin and bigeye, and has not been able to operate regularly for the last 21 months due to the veto on entering Han Bay to obtain live bait.

In addition to this, a decision was announced on 1st January to not issue new licenses for European vessels.

Senegal’s position on both issues was confirmed by Senegalese Minister of Fisheries and Maritime Economy, Alioun Ndoy, to a delegation from the European Parliament visiting Senegal on 23rd January.

Cepesca has reminded both the Commission and the Senegalese authorities that Spanish operators have settled the debt owed by a vessel not represented by Dakartuna, as the Commission had indicated that this could be a pre-condition of licences being issued. Despite this, the situation has remained unchanged.

Cepesca and Dakartuna state that there is an urgent need for this situation to be resolved as Senegal is failing to comply with the terms of the 2019 protocol agreed with the European Union, which has a five-year term and for which there is a €1.7 million EU contribution made to Senegal.

According to Cepesca, given the apparent indifference and inability of the European Commission to resolve this conflict, the industry is again requesting that the General Secretariat for Fisheries (SGP) of the Ministry of Agriculture, Fisheries and Food (MAPA) activate necessary aid measures so as to avoid bankruptcies and loss of employment.