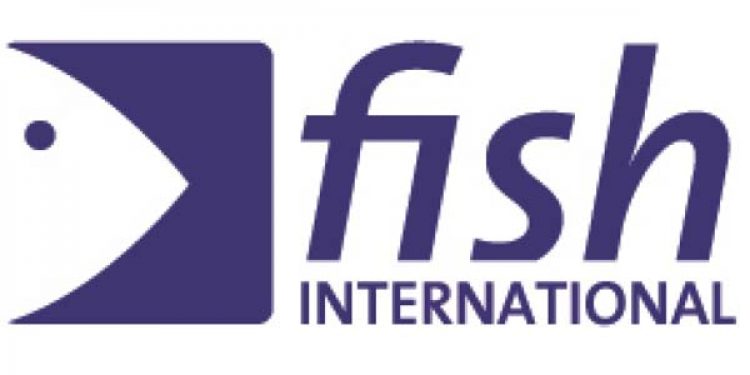 Of Black Cod and White King

Fish international presents high-end products for the fish counter.
Fish international is going to be exquisite as rarely before. For example, in the exhibitors’ display cases at the 14th edition of Germany’s only fish trade fair from Sunday 9 to Tuesday 11 February 2014 there will be Õra Kings: these fishes are considered to be to salmon what Wagyu cattle are to beef. Visitors to Halls 4 and 5 of the Bremen exhibition halls will be able to see White Kings, or the first salmon with ASC label, Beluga and other sorts of caviar from the world’s biggest producer, or Black Cod – in this case experts believe that it is the high demand from Japanese buyers that is the cause for the high price.

260 exhibitors
Altogether about 260 exhibitors are again expected to be at fish international: fish farmers and fishing enterprises, producers of smoked products and delicatessen. There will also be producers of fish processing machines and utensils, suppliers of fish farming equipment, designers of mobile shops and counter concepts, representatives of national fisheries organisations, and scientists. The exhibitors are again expected to come from more than 20 different countries. Denmark is particularly well represented this time, but Dutch firms too will be present in larger numbers than in previous years. There will also be exhibitors and products from Poland, Italy, Spain, New Zealand, and Alaska, to name but a few.

Transgourmet Seafood
From the north of Europe to the high north of North America: That is where White or Ivory King lives that the Alaska Seafood Marketing Institute will present in Bremen as a co-exhibitor at the stand of the Bremerhaven wholesaler Transgourmet Seafood: “It is revered as a sacred fish by North American Indians“, reports Manager Ralf Forner. It belongs to the species King Salmon and it is its white flesh that gives White King its name. Like its relatives that are normally found at the fishmonger’s it feeds on crustaceans but does not absorb the carotene colouring. Only one of a thousand salmon will be a White King – a freak of nature, as Ralf Forner says… but one which is highly prized in gourmet circles.

Here in Germany the sablefish that are caught in Alaska are of a similar rarity and value. Because of the frequently found blackish colouring of the fish’s dorsal skin, kitchen chefs often offer this fish to their guests as “Black Cod” even if it is, in fact, not related to the cod. The Japanese top chef Nobuyuki Matsuhisa made “Black Cod” famous at his Nobu restaurant chain and perhaps that is why the fish holds such a firm place in the hearts of Japanese gourmets.

Eight different sturgeons
Caviar producer Agroittica will present their products at the stand of F.L. Bodes. The Italian company in the meantime produces eight different sturgeons, among them the particularly valuable Beluga sturgeon: it takes 18 years for these fishes to reach maturity. Lee Fish Europe AG will also be present at the stand. They market the caviar in the German-speaking world and import exclusive fresh fish caught in New Zealand using longlines. Visitors can make the acquaintance of the Õra King Salmon which only entered the European market in 2012. The Maori word “õra”, which means “lively, fresh” is thought to capture the particularly high quality of this farmed King Salmon: according to the importer its meat is strongly marbled, the texture silky yet firm, the skin with a bright sheen – and more besides: Õra King has more Omega 3 fatty acids than any other salmon.

Visitors will also be able to experience the taste of these splendid fishes: Transgourmet Seafood invites potential customers to taste Black Cod and White King. Agroittica and Lee Fish will be particularly looking to address restaurateurs: in the test kitchen of the first “Gastro Ivent” in Hall 6 which will offer creative solutions for caterers and restaurateurs the star cook Maria Groß will be investigating the taste options offered by Õra King and visitors will also be able to let caviar melt in their mouths at an interactive tasting session.

Companies will present appropriate merchandise information systems
In addition to tasting new products fish international also offers a lot of opportunities for networking or gathering information. For example at the special traceability show, companies will present appropriate merchandise information systems. The fair organisers have also expanded the aquaculture section. The still young network “Aquzente” which is made up of producers, researchers, technology suppliers and plant manufacturers invites fair visitors to numerous lectures, and two eminent authorities on Recirculating Aquaculture Systems (RAS) will hold a workshop on RAS technology which they have so far only offered in the USA.
FiskerForum.com