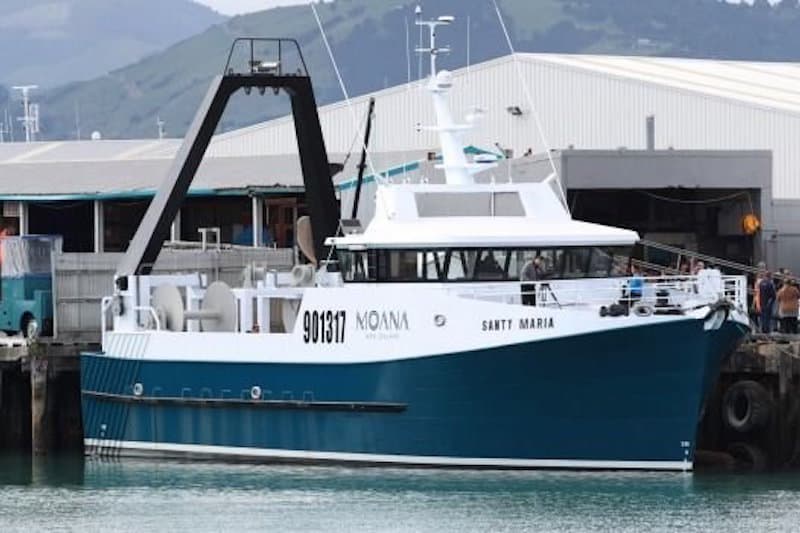 The 24 metre trawler was built in Nelson by the Aimex Service Group, which has for many years also been the Rapp Marine agent for New Zealand and Australia.

‘The vessel was built for RMD Marine, led by a Tauranga-based fisherman Roger Rawlinson. She was named Santy Maria after his mother. Designed specifically to suit New Zelands conditions, this new vessel design is touted to be more fuel efficient, more powerful and more stable, and to to improve productivity – as well as minimising the environmental impact of trawling,’ he said.