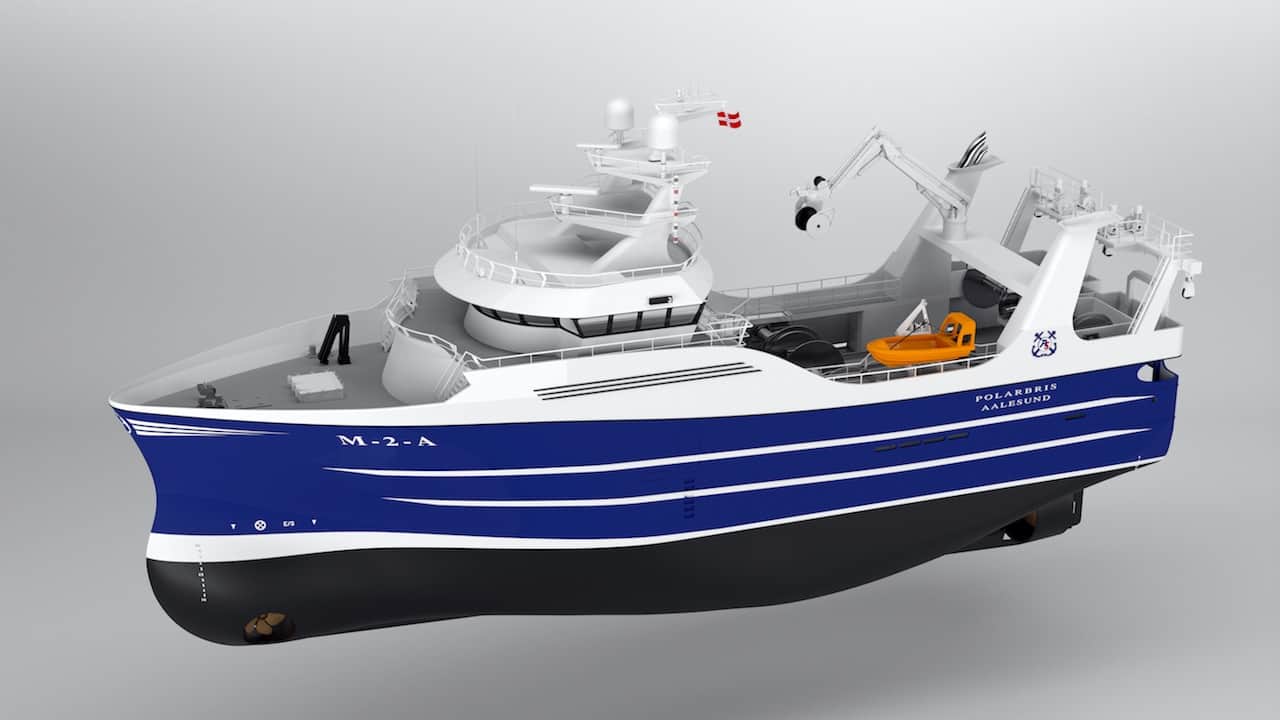 With quotas on their hands, a Norwegian company has placed an order with Karstensens Skibsværft in Denmark to build them a new seine netter to take full advantage of the opportunities at their disposal.

It was only last year that Kjell-Gunnar Hoddevik and his business partners Johnny Årvik and Jan-Ove Langeland took delivery of combined longliner/seine netter Atlantic, which was built for them in Turkey to a Skipsteknisk design, the first such vessel of its kind that brought together two different fishing methods, which the owners were able to do as Norwegian restrictions on such combinations had been relaxed.

The 43.50 metre LOA, 11.50 metre beam Polarbris is scheduled to be delivered in August 2023, and to be completed at the Skagen yard on a hull fabricated at the Karstensen Shipyard Poland.

The outline is for a vessel with electric winches for maximum energy efficiency and minimal emissions, and extensive studies and assessments are being carried out to ensure that the propulsion system is also as energy-efficient as possible. Like Atlantic, Polarbris will be fitted with a Brunvoll thruster unit mounted forward.

The factory is to be supplied by Bjørdal and the refrigeration and chiller systems by Teknotherm. Other suppliers are in the process of being selected.

The fishing company behind Atlantic and now Polarbris was established in Ålesund in 1997 by Kjell-Gunnar Hoddevik and Johnny Årvik, and started out with longliner Fernando, subsequently acquiring longliner Polarbris in 2000. During its existence ,the company has operated six different vessels, including the new Atlantic.

This co-operation is a first for both the owners and Karstensen, who have not previously worked together. The yard is one of the busiest in Europe building fishing vessels, with eight deliveries in 2021 alone, and a further fourteen new fishing vessels to be delivered over the coming two years.