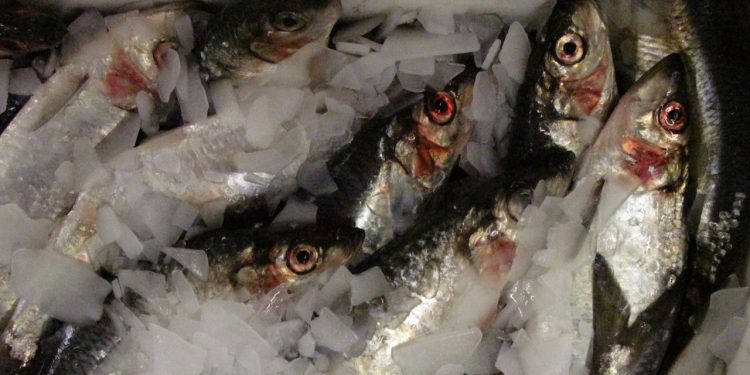 Norway has entered into a bilateral fisheries agreement with the United Kingdom, and while this has welcomed by Norway’s Minister of Fisheries Bjørnar Skjæran, industry federation Fiskebåt has its reservations.

‘It could have been better,’ said Fiskebåt CEO Audun Maråk, adding that although it was important to clarify the relationship with Norway’s most important trading partner, Fiskebåt is not satisfied with the outcome, in particular concerning mutual access for pelagic fisheries.

‘It took several rounds of negotiation to obtain better access for North Sea herring. We haven’t achieved what we wanted, but there is wording in the agreement indicating that this isn’t the last word on this.’

Norges Fiskarlag head Kåre Heggebø is also of the opinion that improvements need to be made to this agreement for the pelagic sector, but commented that the agreement concerning whitefish with a mutual access to be able to fish within a quota limit of 30,000 tonnes will enable the majority of this fleet to resume its usual fishing patterns in the UK zone.

Under the agreement, Norway and the UK can each take up to 30,000 tonnes of groundfish in the other’s zone in 2022. In addition, Norway has exchanged 187 tonnes of cod in NAFO (West Atlantic), 600 tonnes of Greenland halibut in the British zone outside the North Sea zone, as well as 1200 tonnes of ling and 650 tonnes of tusk.

The UK also gets a cod quota in the Svalbard zone.

‘British vessels receiving a cod quota in the Fisheries Protection Zone around Svalbard is based on an understanding between the United Kingdom and Norway. This strengthens the sustainable management of the cod stock in the northern areas,’ Minister Bjørnar Skjæran said.

‘I am pleased that the agreement with the UK is finally in place, it gives Norwegian fishermen some visibility. We expect to continue to develop co-operation with the United Kingdom.’

The Scottish White Fish Producers Association has welcomed the announcement of an agreement between Norway and the UK, and SWFPA chairman David Milne commented that there had been concern that negotiations could break down for the second year

‘However, a pragmatic approach by all parties in both the lead up, and during the negotiations itself, has allowed a balanced deal to be reached. We would like to thank our Scottish officials in particular who, with others, have worked tirelessly throughout the year to deliver this outcome,’ he said.

‘We have been granted access to catch 17,000 tonnes of herring in Norwegian waters next year, and in return Norwegian vessels can catch the same amount of herring in our waters. But the UK only has 12,000 tonnes of Atlanto-Scandian herring quota, so we start off what is meant to be a new relationship with a troubling imbalance. It doesn’t bode well for the future,’ said SFPA chief executive Ian Gatt.

‘Not only is there an imbalance, but it could get worse as the year progresses because the agreement text allows for an increase in Norwegian access ‘should circumstances allow.’ Reciprocal access must be built on fairness and equity and there is no sign of that here,’ commented Shetland Fishermen’s Association executive officer Simon Collins.