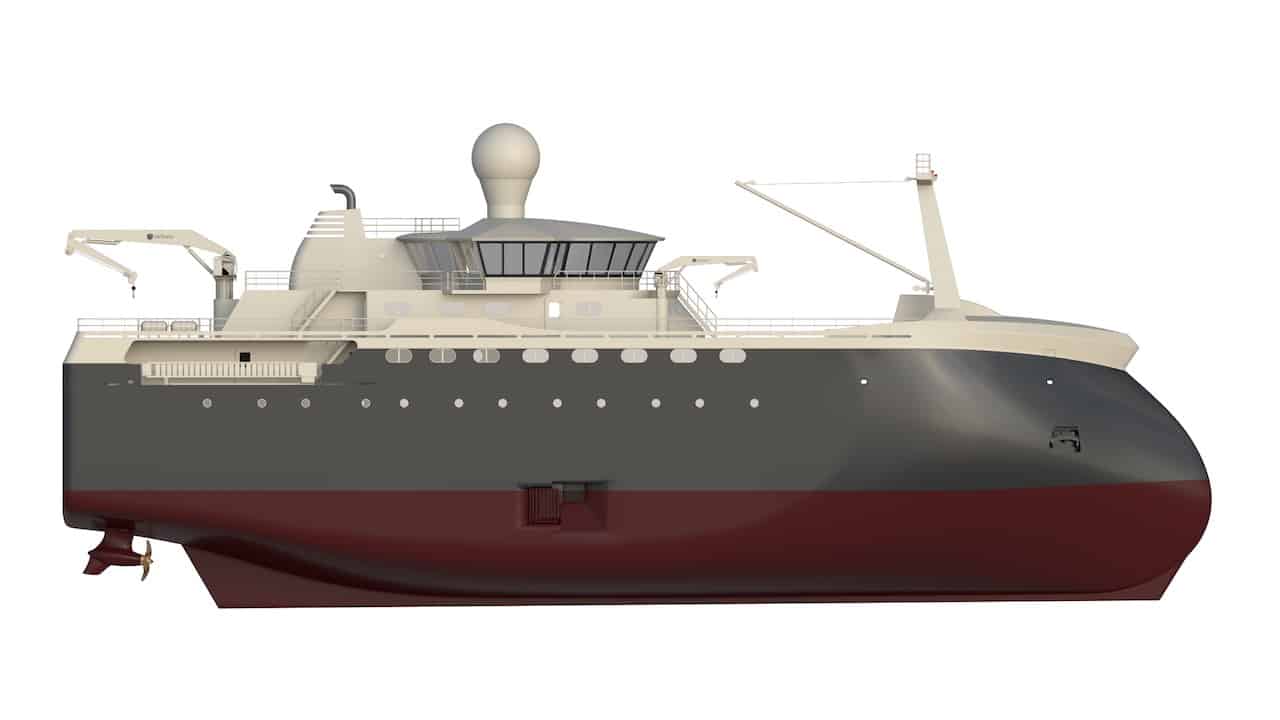 A subsidiary of Murmansk fishing company Norebo has contracted for the first of four longliners to be built for fishing in Far Eastern waters.

The Petropavlovsk-Kamchatsky-based YaMSy JSC has placed the order for the Nautic Rus-designed longliner at the Pella Stapel yard in St Petersburg, also part of the Norebo Group. The vessels had initially been scheduled to be built at Severnaya Verf, but the decision was taken to shift the construction to Pella Stapel due to Severnaya’s workload.

‘Our fleet of longliners in the Russian Far East needs to be updated,’ said YaMSy JSC’s general director Mikhail Galakhin.

‘The new vessels will make it possible to work more efficiently in the difficult conditions of the Far Eastern fishing areas, and the production of fully processed products on board the vessel will improve the economy of the fleet at sea.’

The longliner design has been developed by naval architect Nautic Rus in close co-operation with Norebo staff, and this is seen as a unique design developed from first principles by a Russian design bureau.

These longliners have a 63 metre overall length and a 14 metre breadth and a 3000kW engine power is envisaged.

Target species are Pacific cod, halibut and grenadier, and the processing decks are expected to have a 50 tonne/day processing and freezing capacity. According to Norebo, production facilities are to be outfitted with Russian and Asian equipment, offsetting the impacts of sanctions.

Accommodation is for a crew of up to 39.

The four longliners are being built under the state investment quotas initiative.

The first longliner will be Kapitan Golovatyuk, named after Grigory Petrovich Golovatyuk, who spent most of his career fishing, working his way up to sail for twenty years as skipper on the first modern longline vessels in the Russian fleet.