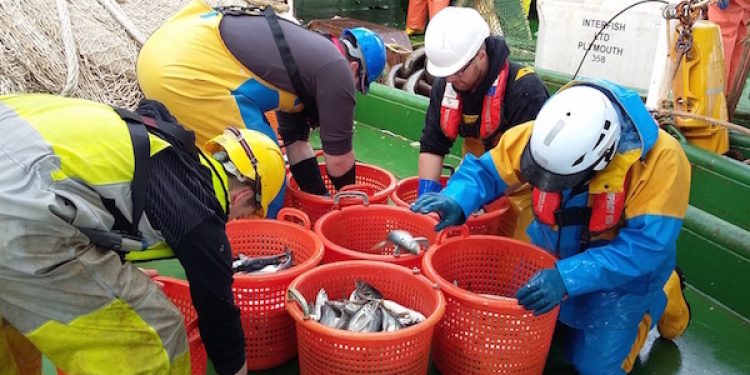 A pioneering industry-led survey of a key west of Scotland herring fishery is paving the way for fishermen to provide scientific support to fisheries management.

In recent weeks, six midwater trawlers have participated in an extensive scientific survey of Scottish west coast herring that is yielding valuable data on the health of the stock. The acoustic and biological data gathered by the vessels will contribute to the scientific international stock assessment process used by the International Council for the Exploration of the Sea (ICES) to provide advice on annual quota limits and other management measures.

West of Scotland herring is the initial focus of this new survey because even though it is believed by fishermen and scientists that the southern and northern areas contain different stocks, the information needed by ICES to make that distinction is not available. Existing catch and survey data is only available at times when the northern and southern components are mixed together.

The ground-breaking project is being co-ordinated by marine scientists Dr Steve Mackinson of the Scottish Pelagic Fishermen’s Association (SPFA) and Martin Pastoors of the Pelagic Freezer-trawler Association (PFA). Dr Mackinson was appointed earlier this year as chief scientific officer for the SPFA, Scotland’s representative body for herring and mackerel fishermen.

‘Due to constraints on resources, there is often a shortfall in information from marine scientific surveys carried out by national governments,’ Dr Mackinson commented.

‘It therefore makes good sense for the fishing industry to contribute to the scientific process. The scope of the activities of our fishing boats, and the wide sea area they cover, offers the ideal platform for collecting relevant marine data that might otherwise not be possible.’

Part of the research involves determining the size of the various herring stocks by acoustic surveys and another element is to identify the separate components of the stock over the area.

‘Identifying the different herring stock components within this area and their relative abundance will lead to better decision-making on the sustainable management of the fishery,’ Martin Pastoors said.

Highlights of the Scottish part of the survey are being presented at the ICES Annual Science Conference taking place in Riga this week, with plans underway for further surveys off the coast of Ireland later this year.