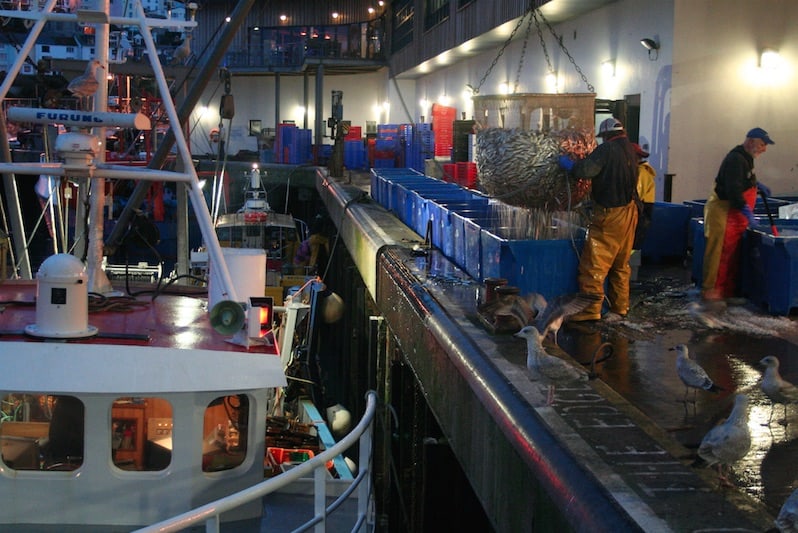 South-West FPO chief executive Jim Portus said that this year’s December Council had turned out to be one of the longer ones, resulting in a mixed bag for South-West and Channel fishermen containing both good fortune and despair.

‘Anyone who has made a living from bass in the past will be livid,’ he said, commenting on the outcomes of this week’s December Council in Brussels.

‘The 3% by-catch for trawlers and purse netters has been cut to 1%. Netters and liners had their per vessel tonnages slashed to 1200kg and 5000kg for the year respectively, with a complete closure for February and March. Recreational anglers will be on catch and release for the first six months. There will be in-year review after the March benchmark exercise by ICES,’ he said.

SWFPO and other South-West beam trawlers benefit from quota increases for plaice, sole, and skates & rays, and the same monkfish quota as in 2017. Megrim, haddock and hake were all cut, but less than the Commission’s initial proposals.

‘For our small fleet of spratters out of Brixham the results of the Peltic Survey will not be known until the spring of next year, so the quota was cut by 20% under Commission "Rule of thumb" for data-limited stocks. We can only hope for in-year review and, of course a good survey result,’ Jim Portus said.

‘All in all, the 2017 Council was better than expected for a lot of Area 7 stocks. 30 stocks of interest to the UK are now fished at MSY. I will continue to attend meetings of the NWWAC in 2018 to ensure we are properly represented during discussions about the Celtic Sea mixed demersal species management plans that will no doubt colour the arrangements to be made for fisheries in the NE Atlantic after Brexit.’

Pulse fishermen will not accept an unjust outcome