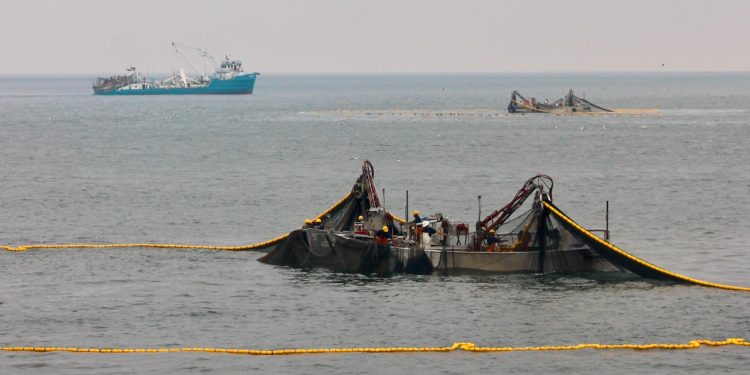 In the past, single-species stock assessments that found menhaden to be healthy and not overfished were criticised by some for not taking into account interdependencies between species. The ASMFC’s ecosystem-based reference points were developed over years, with support from industry, recreational fishermen, and environmental groups, to move away from managing species in isolation and consider the needs of predator species and the ecosystem as a whole.

Two years ago, the consideration and adoption of these ecological reference points were publicly praised by numerous sportfishing and conservation groups.

Working to these stricter standards that incorporate the forage needs of predators, the new assessment has found that the menhaden fishery is sustainable, and that menhaden fishing does not negatively affect predator populations.

Despite this scientific finding, recreational special interests are continuing a campaign to end the menhaden fishery in the Chesapeake Bay, according to the Menhaden Fisheries Coalition.

Keep America Fishing, a project of the American Sportfishing Association, describes the fishery as ‘[depleting] a critical striped bass food source,’ refers to menhaden fishing ‘unsustainable,’ and together with the Theodore Roosevelt Conservation Partnership, calls on its supporters to sign a petition urging Virginia Governor Glenn Youngkin to ‘move Omega Protein’s boats out of the Bay until science demonstrates that industrial menhaden fishing can be done without negatively affecting the broader Bay ecosystem.’

These statements are not consistent with the latest scientific findings on either menhaden or Atlantic striped bass reviewed and accepted by the ASMFC. According to the ASMFC, ‘the last striped bass stock assessment found the stock was overfished and that overfishing was occurring.’

The Menhaden Fisheries Coalition states that if recreational anglers are concerned about the striped bass stock, they should stop overfishing rather than try to blame the results of their own actions on another fishery.

‘While the American Sportfishing Association’s goal to ‘Keep America Fishing’ is laudable, it is not appropriate to keep America overfishing,’ a Menhaden Fisheries Coalition representative commented.

‘The management of natural resources should not be based on politics and self-interest but must be based on science, provide for the common good, and look out for working families and the economy.
Menhaden fishermen are willing to share the bay. Are recreational anglers?’