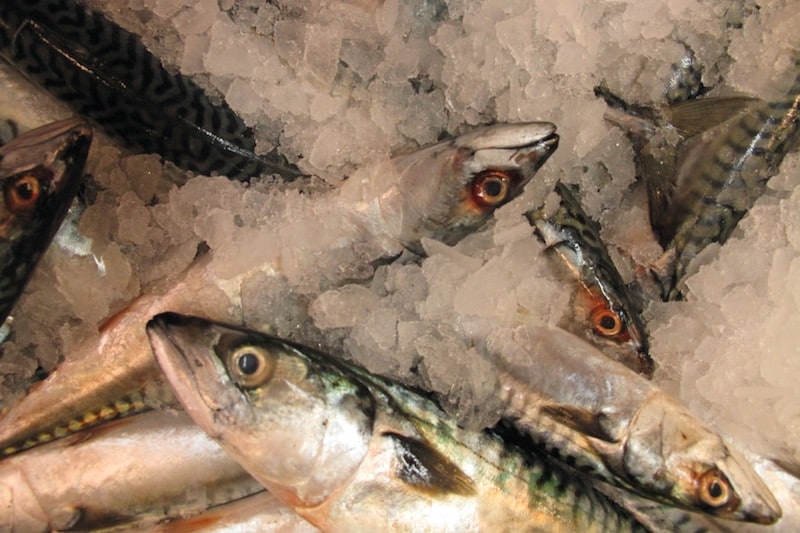 A study of the North Atlantic’s mackerel stocks by independent scientist Jens Christian Holst asks some uncomfortable questions of the current methods fisheries management and research. He suggests that feeding by a mackerel stock that has outgrown its usual food sources is the reason for declining seabird and salmon stocks, and that the size of the spawning stock has been drastically underestimated.

He states that that he considers there to be strong evidence that the North-East Atlantic mackerel stock has grown out of all proportion, which he attributes to a gross underestimation of the size of the stock coupled to overly cautious quotas and underfishing.

He puts the size of the spawning stock at close to 17 million tonnes than the 3.10 million tonne figure reached by ICES, and suggests that a programme of thinning is needed to bring things back into balance.

‘Because of this very large mackerel stock, the food resources of whales, seals, sea birds, salmon, other pelagic fishes and the mackerel itself are now heavily overgrazed. Today, a seven-year-old mackerel weighs half of its weight of ten years ago,’ he said, commenting that this is a clear sign of the overgrazing and lack of food.

According to Jens Christian Holst, there has been a systematic underestimation of pelagic fish stocks in the Norwegian Sea, particularly of mackerel, and this also probably applies to herring and blue whiting. He claims that this has resulted in systematically over-low quota advice and fishing levels that are too low.

‘Too large stocks of pelagic fish have led to a strong overgrazing of the zooplankton and juveniles/small fish in the Norwegian Sea and adjacent coastal and marine areas. The recommended quotas have not been ecologically sustainable,’ he said, explaining that due to mackerel’s strong population growth, its opportunistic character and high migratory potential, it has increased its spawning and grazing areas dramatically. In parallel with the decreasing plankton resources, mackerel has compensated for the reduction in plankton food sources by changing its feeding habits to more juveniles/small fish such as larvae and 0-group Atlanto-Scandian herring (NSSH), capelin at Jan Mayen, sprats in the Norwegian fjords, sandeel and salmon post smolt in their early sea phase.

He states that it has been hard to sell this hypothesis on overgrazing and predation within the ICES community, among management bodies politicians and the wild salmon lobby.

‘The reason for this is that the hypothesis challenges one of the cores of ICES activities, the accuracy of pelagic stock estimation. It also challenges the hypotheses that sea lice and escaped farmed salmon are the most serious threats for the wild salmon today. Nevertheless, in search of getting our salmon, sea birds and high quality mackerel for the markets back, every obvious stone must be turned,’ he said

He points out that according to the Institute of Marine Research (IMR), mackerel distribution is currently over three times as large as ten years ago, and the density has doubled, and that based on the record measurement from the IESSNS survey in 2017, there must be at least six times more mackerel in the NE Atlantic today than in 2007.

‘I started participating in ICES working groups in the late 1980s. Since then I have participated in a series of groups in particular focusing pelagic fish stock assessment and ecosystem related questions. When I go through the 2017 ICES mackerel assessment in detail, I’m shocked about how the scientists treat the two data series indicating a sharp rise in the mackerel stock and how this assessment has been carried out,‘ he said.

‘In my view ICES need to take a big step back and simply reset the entire mackerel advisory process. A very serious situation has arisen which has brought a whole large ecosystem far outside its natural range of variation with grave consequences for all its inhabitants including man as the ultimate predator and manager of the system today.’

He states that this is a fundamental scientific conflict, and it needs to be treated as such.

‘But not by trying to stigmatise me and the work I’m doing. I have no other agenda than trying to get the hypothesis on overgrazing and predation tested in an objective and neutral way on behalf of the salmon, the sea birds and the G6 mackerel,’ Jens Christian Holst said.

Trawlers over 18m to be excluded from Irish 6-mile zone