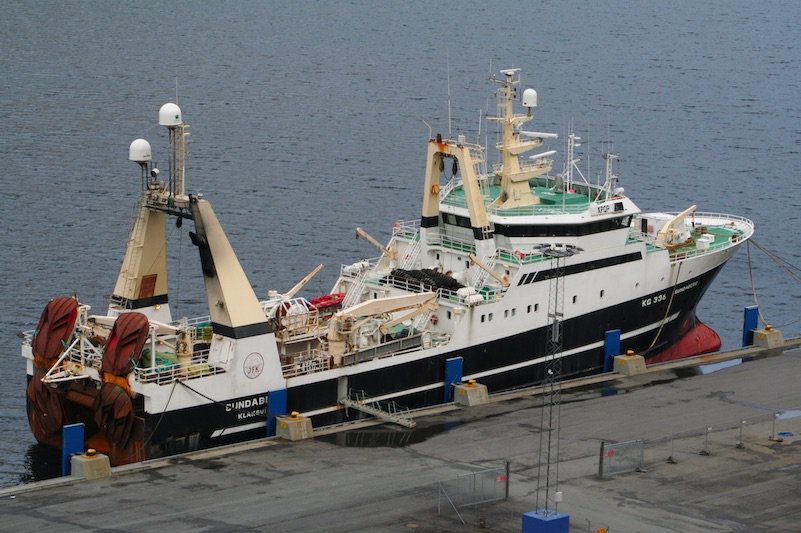 Contrary to the claims of numerous reports that working unsocial hours can result in illness, a new report shows that this doesn’t apply to Faroese fishermen – even though they routinely work 84-hour weeks for three months at a stretch.

Researchers tested the effect that working twelve-hour shifts for two to three months on board a trawler in the Barents Sea had on Faroese fishermen.

The research, which monitored 96 Faroese fishermen on five separate trawlers, concluded that working two six-hour shifts per day, every day for two to three months, with limited physical activity, while under artificial lighting and in cold weather on board a trawler, did not increase the likelihood of stress.

Researchers believe the reason might be that fishermen work in organised environments with stable, daily routines. Their working hours are fixed, and each fisherman knows precisely what their job is every day – if everything goes according to plan, of course.

One of the researchers, Professor Pál Weihe, Chief Physician at the Department of Occupational Medicine and Public Health in the Faroe Islands, says one reason can also be that fishermen – by working at sea – avoid things that normally stress people on land, such as daily household chores, grocery shopping, picking up children and paying bills.

Danish scientific periodical videnskab.dk goes one step further and raises the question; if fishermen eat more fish compared to others, perhaps their intestine bacteria growth might be healthier, resulting in lower levels of stress.

Professor Weihe says their research does not prove this, but does not dispute the validity of the hypothesis.

‘We have not researched it, but the idea that your state of health internally has a great effect on your general well-being is very interesting,’ he said. ‘This is certainly something that should be researched. Humans have many kilos of bacteria in them, which need to be looked after.’

The report, entitled Physiological reactions to long-term fishing the Barents Sea, was published in the international peer-reviewed journal Occupational Medicine in February 2018.

Building a sustainable future for the UK inshore sector, post-Brexit and beyond

A challenge to vessel owners