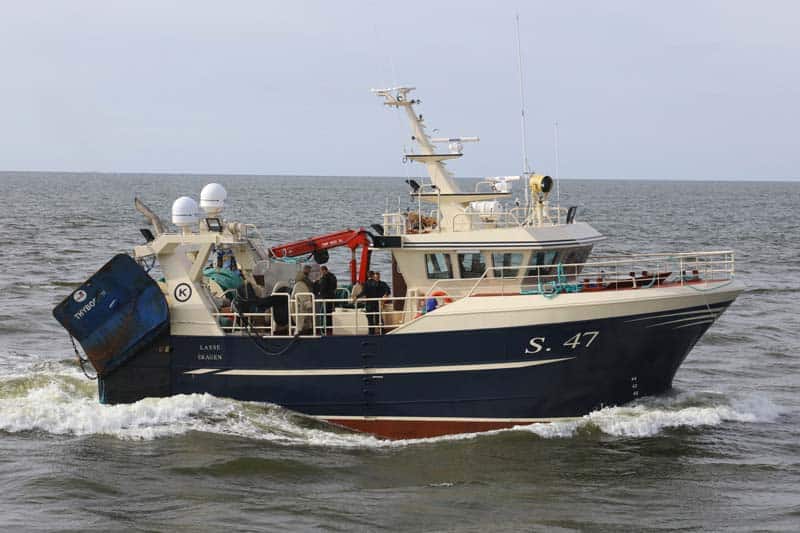 The latest delivery from the Vestværft yard in Hvide Sande has been handed over to owners Gitte Henning and is ready to start fishing sandeel for human consumption. It has been designed to operate on herring, sandeel and sprat fisheries.

After sea trials and an initial trip around Horns Rev with 15 tonnes of sandeel for three tows, skipper Paul Mogensen was unable to hide his excitement and said that the new Lasse S-47 is like fishing on a super deluxe Rolls Royce.

Lasse is a sister vessel to the Birgitte Martine that was completed last year for the same owners, with only a few minor differences based on experience with the first boat.

Like Birgitte Martine, Lasse is designed and equipped to discharge its own herring catches at Swedish ports, and the same system can also be used when landing in Denmark, reducing running costs by making the two boats capable of operating independently of shoreside landing facilities – or the lack of them.

There are three tanks on board with a 145 cubic metre capacity, capable of holding the very high quality sandeel needed for mink, and requirements are that this fish my not have been longer than two days in RSW storage. This results in premium quality and better prices.

Power Pack and hydraulic installation by AS: Scan