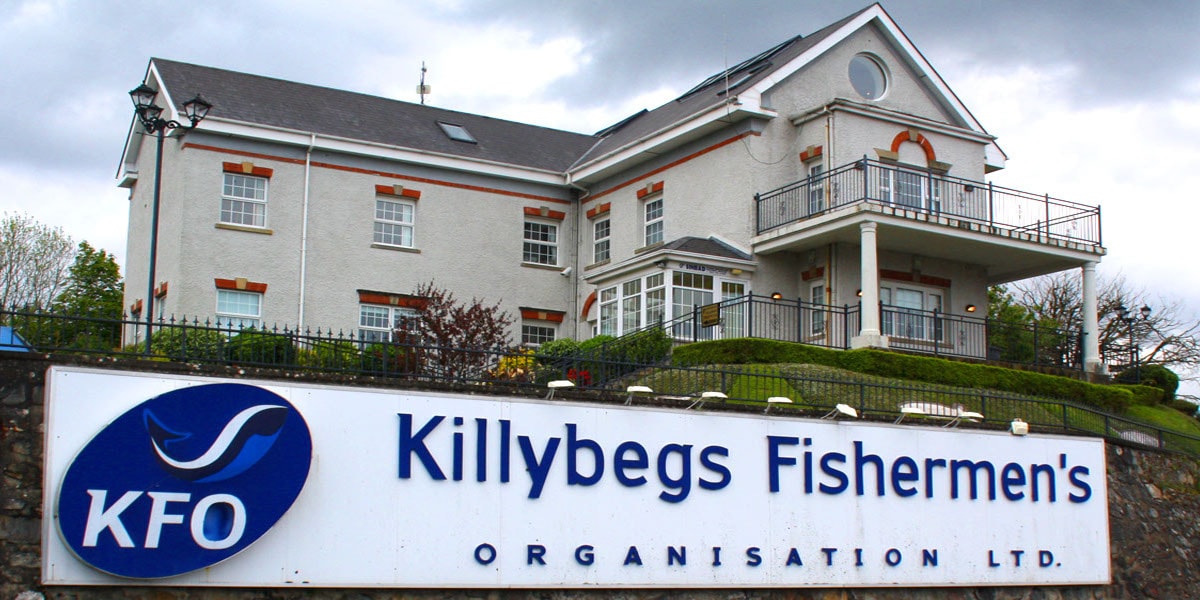 The Killybegs Fishermen’s Organisation has issued a stark warning of what a No-Deal Brexit will bring. Image: KFO

Killybegs Fishermen’s Organisation chief executive Seán O’Donoghue warns that a failure to achieve an orderly Brexit will precipitate ‘chaos and conflict at sea’ with port blockades across Europe being a very real prospect.

‘A ‘no-deal’ Brexit will bring flash points and conflict at sea,’ Seán O’Donoghue said, issuing a stark warning, and stating that should Irish and other EU fleets be denied access to UK waters after midnight on 31st October this year, there will be flashpoints all across Europe in the Irish Sea, North West of Donegal, off the South East Coast of Ireland, the English Channel and in the North Sea in scenes potentially reminiscent of the cod wars of the 1940s, ‘50s and ‘70s.

‘Some years ago, trucks were indiscriminately burnt out in France during an agricultural dispute which had nothing to do with us. Mark my words, French fishermen won’t stand on ceremony and port blockades which would deny access to all fish, fishery products as well as other products irrespective of origin and the resultant disorder, chaos and most likely violence, will not be pretty. We got a taste of what can happen at sea last year with a scallop dispute between UK and France in the Channel,’ he said.

‘This really cannot be what people want,’ he commented, adding that the situation would be uncontrollable with almost 3000 kilometres of a marine border to be policed and the potentially devastating consequences for fleets which would have to be tied up.

‘The reaction of the French will be the acid test, they won’t respond favourably to being denied access to UK waters but neither will the Irish and the other EU fleets which have traditionally fished in UK waters.’

‘Ultimately, it would be the death knell for many coastal fishing communities with the demise of the Irish seafood sector to the tune of between 30% and 50% and projected job losses of between 30% and 40% in the fishing industry here,’ Seán O’Donoghue said.

He stressed that it isn’t too late to avoid a ‘no-deal’ Brexit and emphasised the importance of maintaining the link between fisheries negotiations and the Future Trade Agreement as well as sound science-based fisheries management.

‘Even in a no deal, we have to avoid this mayhem at sea and ashore. The EU offer to apply the status quo in the short-term provided it was reciprocated by the UK, would go a long way avoiding this immediate chaos,’ he said.

He reiterated his assertion that the one industry which is completely and uniquely exposed to anything other than an orderly transition, is the Irish fisheries sector. Last year, Ireland’s seafood industry was valued at €1.25 billion, employing more than 14,300 people with this economic footprint predominantly in rural, coastal locations.

‘The Brexit process has been a harrowing and grim journey for fishermen. Like a teacher without a classroom or a taxi-driver without a vehicle, our fishermen are staring into the abyss of being unable to access the waters which provide on average more than 30% of their catch. This average masks the reliance we have on UK waters for mackerel (60%) and nephrops (40%) which are two main money ‘spenders’ for the industry. It’s very hard to get one’s head around the fact that waters to which we have enjoyed access, could soon be out of bounds with no physical wall nor barrier in place,’ he commented.

‘In the midst of all the chaos and uncertainty, we have been working diligently to keep fisheries high on the agenda of the negotiators which has been a seismic job of work. I must acknowledge the key role played by the Irish Government, particularly the Taoiseach Leo Varadkar, Tánaiste Simon Coveney and Minister Michael Creed in tandem with EU Chief Negotiator, Michel Barnier and their respective officials in listening and acting on the concerns of the fishing industry. The complexities of the massive challenge facing our industry was also raised with British PM, Boris Johnson in Dublin last week,’ Seán O’Donoghue said.

‘Whereas fish are mobile and know no borders nor bear any nationality, our trawlers don’t have this luxury and must obey boundaries and exclusion zones. We must move might and mane to avoid a ‘no-deal’ Brexit and the ramifications which this would have for our sector.’

Federations back government to leave CFP