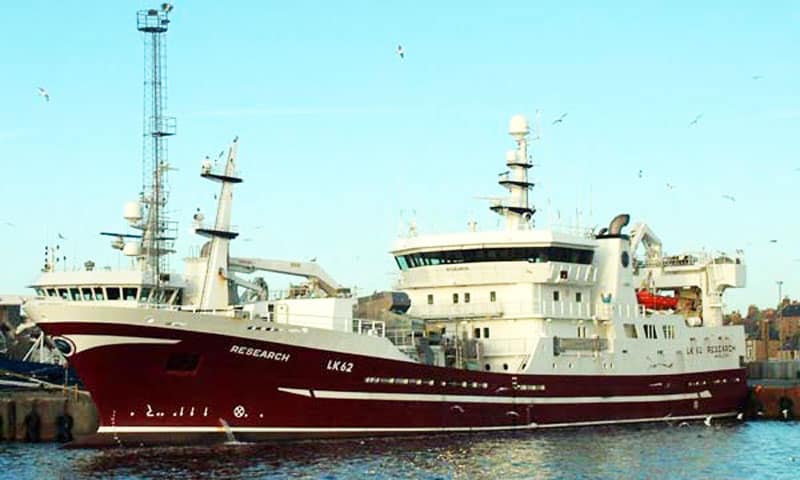 Faroese fishing company JFK has sold one pelagic vessel and a second one is for sale, after investing in the purchase of one of the largest Shetland pelagic vessels.

JFK had already acquired the former Ruth from Gullak Madsen in Hirtshals, renaming it Norðingur. Now the company is disposing of its older vessels Næraberg and Slættaberg, replacing them with the Research bought from Shetland, which is being renamed Borgarin.

Borgarin was built at the Flekkefjord Slipp & Maskinfabrikk yard in Norway in 2003 and has an overall length of 78.30 metres and a beam of 14.50 metres, with a carrying capacity of 2700 tonnes.

The purchase price has been put at DKK100 million.

During its career in Shetland, Borgarin has only fished for around three months each year, so this 13-year old pelagic vessel has effectively only been in use for three years in that time.