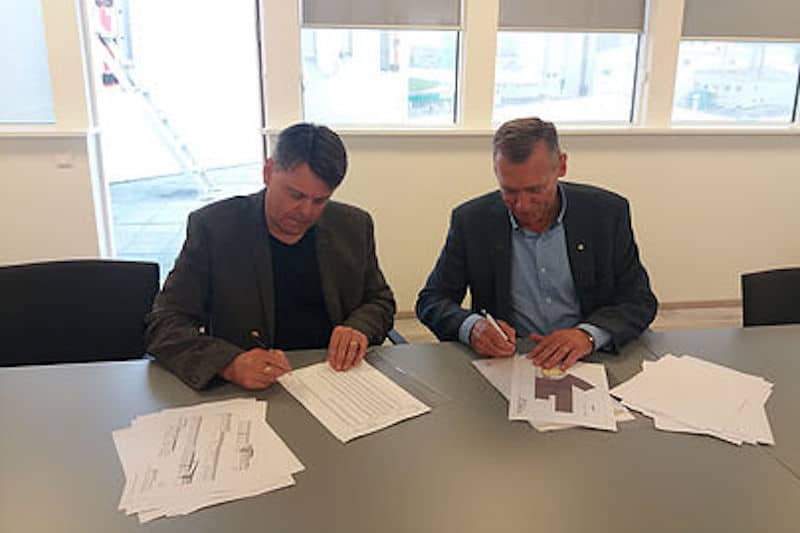 A deal has been struck between processor Ísfiskur, based in the Reykjavík suburb of Kópavogur, and fishing and processing giant HB Grandi, which had earlier this year announced its intention to close its groundfish production in Akranes.

Ísfiskur is buying HB Grandi’s production plant in Akranes and Ísfiskur managing director Albert Svavarsson commented that while the company has been long established in Kópavogur, the development plans for the district do not include this kind of activity, with plans for housing in future in the Kársnes area.

He said that the decision was taken to take HB Grandi’s offer, and the forty jobs at Ísfiskur will be relocated to Akranes.

The two companies have announced that they intend to be flexible, making arrangements wherever possible to accommodate Ísfiskur staff who wish to remain in the capital region and HB Grandi staff wanting to remain in Akranes.

In future HB Grandi will rent part of its former premises in Akranes for cold storage.

According to SFÚ, the body representing independent processors without their own fishing activities, this development mitigates the negative effects that would otherwise have been felt with HB Grandi closing down its groundfish processing in Akranes.

‘This demonstrates the importance of having a competitive working environment that supports varied activities, both in terms of size and in routes to obtaining raw material,’ SFÚ’s spokesman said.

‘Like most of the SFÚ membership, Ísfiskur sources virtually all of its raw material at the auctions that are currently struggling.’