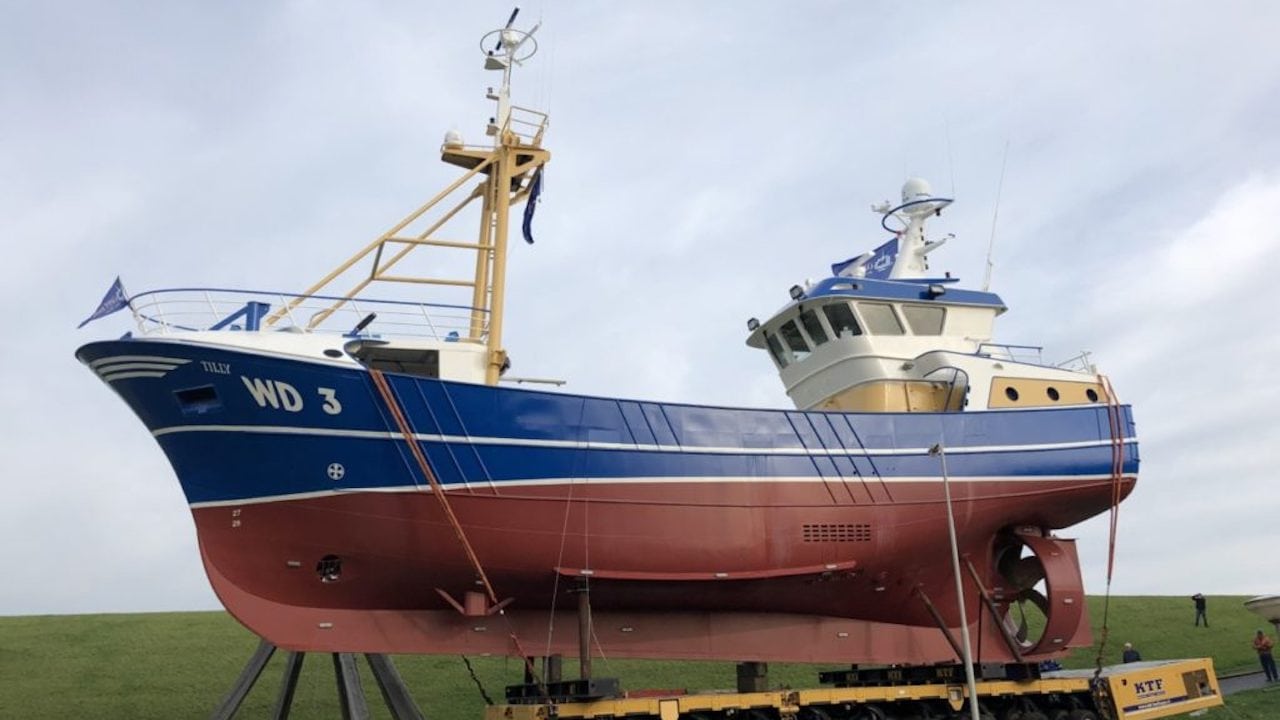 Tilly WD-3 is being built for Irish fishing company OF Fishing. Image: Luyt

Irish beam trawler Tilly WD-3 has been launched at the Luyt yard in Den Oever.

Named after their mother, Tilly is being built for the O’Flaherty brothers of OF Fishing Ltd in Kilmore Quay.

Tilly has a 26.05 metre overall length, and was craned into the water at Den Oever for the final stages of fitting out to be completed.

The beamer’s hull was built at Las- en Constructiebedrijf Staal Friesland BV in Friesland and brought to Den Oever for completion. Luyt is acting as the main contractor responsible for the entire process from design to completion, and also developed the design for this new beam trawler in-house, in co-operation with Gaastmeer Design.

Tilly has a Mitsubishi main engine and gensets. The yard manufactured and supplied the six-drum hydraulic fishing winch – and this is the thousandth winch that Luyt has produced in its 60-year history.

The Luyt shipyard has worked closely with a number of suppliers in the Wieringen region of northern Holland in the completion stages of preparing Tilly for sea trials.