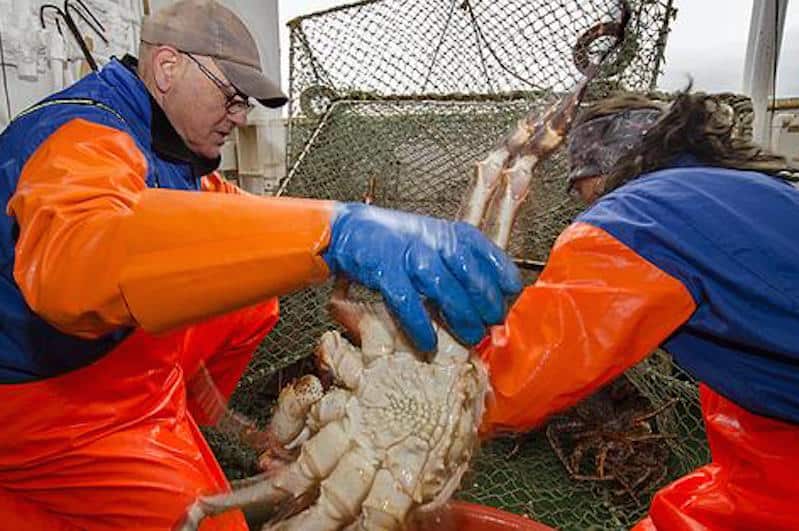 Norway’s Institute of Marine Research has recommended that not more than 1500 tonnes of male king crab should be caught in 2017 in the area between North Cape and the Russian border.

The quota for 2016 is 2000 tonnes and according to IMR researcher Jan H Sundet, the king crab population in the region has declined. The quota for 2015 was even higher and this resulted in higher fishing effort and increased mortality.

‘High fishing mortality limits the potential for westward spread. It leads to a reduced population, which in turn allows for greater variations in annual yield,’ he said.

In a report to the Directorate of Fisheries the IMR stated that fishing on large male crabs has reduced the average size.

‘This is because the minimum size was reduced from 137 millimetres to 130mm six years ago, which also could have a negative effect on the amount of catch of female crabs.’

West of North Cape there is an open fishery and he said that the westward spread of the king crab stock does not appear to have changed significantly since 2010.

‘Free fishing west of North Cape seems to have an effect, he said, commenting that this year’s research in West Finnmark showed little change in crab levels around Sørøya.

‘We should pay close attention to this area during the surveys,’ he said and commented that new research on benthic fauna in Porsangerfjord indicates changes in the composition of benthos when there is a high density of crab.

‘Over time, large individuals of clams, starfish and brittle stars disappear. It conforms to the effects we observed in sites that we have studied previously in Varangerfjord,’ he said.