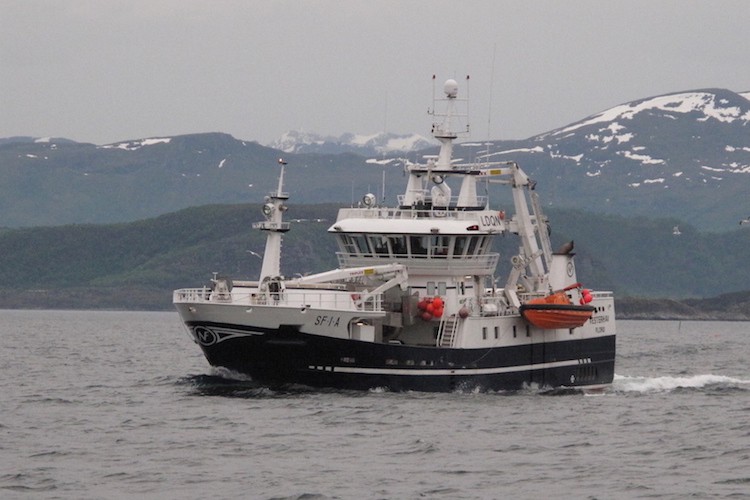 Even with spells of heavy weather, the Atlanto-Scandian herring fishery in northern Norway has got off to a strong start with 17,300 tonnes landed during the first week.

Fishing has been heaviest west of Kvaløya in Kaldfjord and Kattfjord, with varying amounts reported, while fishing in Kattfjord is reported to have been particularly challenging with large numbers of killer and humpback whales feasting on the abundant herring. Some larger vessels have headed out to see to look for herring, and Havdrom had 650 tonnes 130 nautical miles S-W of Røst, while those who arrived on the fishing grounds later found themselves in sea conditions too rough for purse seining.

Sildsalgslaget reports that there are more size grades than had been seen at the end of last year, with average weights ranging from 365 grammes in some landings all the way down to 275 grammes, demonstrating that younger fish classes are present in northern waters. Fat content and roe maturity are reported to be normal for the time of year.

More vessels are expected to join the fishery soon, and with better weather conditions forecast, some big landings are predicted.

So far there have been 15,300 tonnes of mackerel reported landed this year, including from UK, Irish and Danish vessels, with mackerel fishing centred around areas west of Shetland and off the Western Isles. According to Sildesalgslag, skippers are reporting large amounts of mackerel on the fishing grounds, and in Norway processors are keen to get mackerel and prices have been good.

Four of the boats landing mackerel have also landed horse mackerel, with 670 tonnes landed, and there have been catches of around 100 tonnes of large 400-500 gramme horse mackerel caught by smaller boats along the coast between the Rogaland and Sogn regions.

Herring fishing in the Skagerrak has not been so positive, with only small catches so far. Only Østerbris made a 130 tonne landing, but as the fish were small and not ideal for human consumption, the fish went for fishmeal. A few boats have searched for herring in the Norwegian zone, but with only weak marks, they gave up after a few days.

29,000 tonnes of herring and mackerel