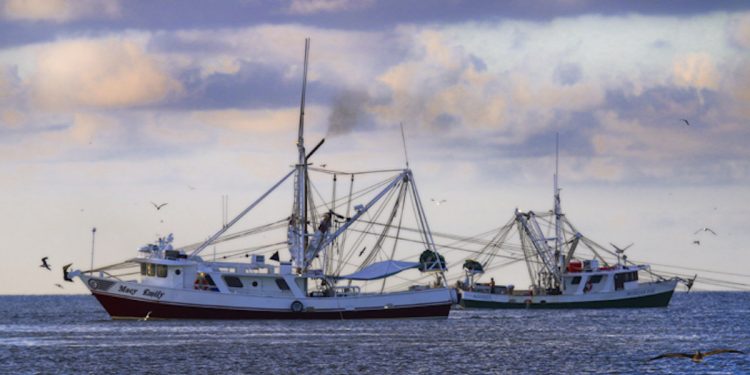 Sitting on the frozen plains of North Dakota 50 miles from the Canadian boarder, a family-owned business has been enlisted by Gulf of Mexico fishermen to develop a new method to grade by size head-on shrimp while still on the boat. The new shrimp grader will allow Gulf fishermen to better compete with imports, putting the quality consumers demand ahead of price.

Fifty years ago Kerian Machines, located in the tiny town of Grafton, designed its first potato grader. Since then the international company has developed new methods of sorting a variety of products.

‘My father always told me people don’t come to us just to buy another piece of equipment, they come to us with problems they want solved,’ said James Kerian, whose grandfather started the company while working as a manager at a potato warehouse.

‘Our job is to understand the problem so we can apply our knowledge and expertise in engineering to provide an affordable, efficient and effective solution.’

One of those solutions was a grader for the crawfish industry more than three decades ago. James Kerian, who was eight at the time, remembers stories of how they were approached when a crawfish processor in Louisiana saw a grader made for sweet potatoes.

‘For a while now we have been interested in expanding into other shellfish. When approached about the opportunity to build a machine to size head-on shrimp right on the boat, we jumped at the opportunity,’ he said.

According to Dexter Guillory, owner of Riceland Crawfish of Eunice, the Louisiana crawfish industry has had a long history of using the company’s graders to size crawfish.
‘The machines work well for the us because they are both reliable and gentle on the product,’ he said.

‘They allow us to market a higher graded and washed product at a better margin, providing quality crawfish products to restaurants, supermarkets and other customers. It’s been good for the whole industry.’

Montegut shrimper Lance Nacio, owner of Anna Maria Shrimp, experimented on his boats with a Canadian built head-on grader for a number of years.

He heard of Kerian Machines from a friend in the crawfish business, and approached Thomas Hymel of Louisiana Sea Grant with the idea, who then in turn contacted the company.

According to James Kerian, the timing for the head-on shrimp grader could not have been better. His company had just completed developing its first entirely stainless steel grader for the fruit and vegetable industry. The high quality stainless sizer is designed to work in rough seas, while at the same time withstanding the salt air of the Gulf of Mexico.

‘We packed more than 30 pounds of shrimp and took it to North Dakota to see if their machine would handle the size-grading without harming the quality of the shrimp,’ Lance Nacio explained.

‘The shrimp were a variety of sizes, from 16-20 count to 51-60’s.  We ran the mixed-sized shrimp through the machine six or seven times, each time it worked perfectly and no damage to the shrimp.’

‘Our test runs went wonderfully on all sorts of levels,’ James Kerian added.

‘It was great to have shrimp to run over the machine and test the concept and verify the Kerian Machines Sizer will line up the shrimp correctly, as well as sort them accurately and consistently. It was invaluable having Lance and Thomas here to help address potential issues and discuss adjustments needed to work properly on a shrimp boat.’

‘I played with graders on my boats for a number of years,” said Lance Nacio.

‘The problem was they were not reliable. I was always tinkering with them to make them work better, or they were breaking down because they had so many moving parts. This new system is so simple, that I am hopeful that it will be able to pay for itself within the first year.’

The company’s groundbreaking design is both rugged and simple, with fewer parts than the competition.  It will allow for shrimp to be sorted into four sizes: small, medium, large and jumbo.