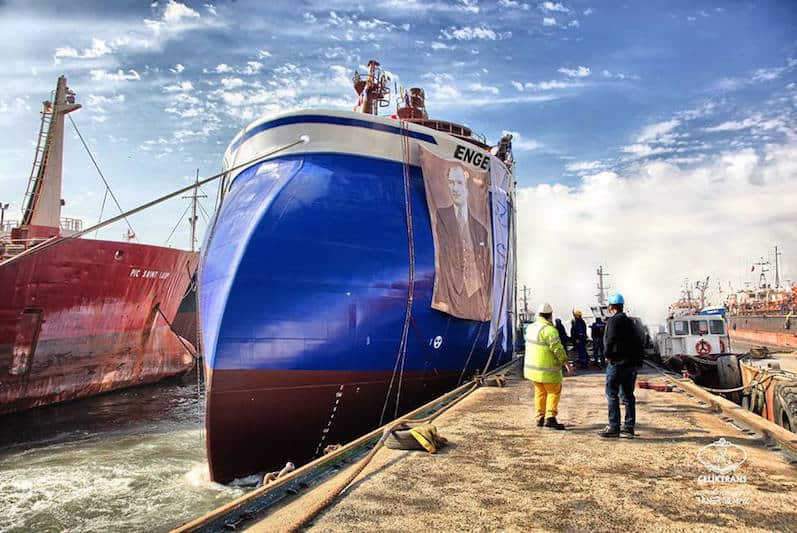 Work on all three of HB Grandi’s new trawlers is proceeding at full speed at the Celiktrans yard in Turkey since Ramadan ended. According to marine superintendent Thórarinn Sigurbjörnsson, there is no firm date for delivery of the first of the trio, but the engine and equipment trials will be taking place shortly, and the gensets will be started up for the first time on Monday.

Engey was launched in March and is scheduled to be delivered before the end of this year, Akurey’s launch is set for the end of next month and construction has begun on the blocks for Viðey.

The entire construction takes place at the Celiktrans yard, as was done with the building of pelagic vessels Venus and Víkingur, with the final fitting out taking place at an other facility run by Celiktrans.

According to the contracts between HB Grandi and Celiktrans, Engey is due to be complete later this year. Akurey is to be handed over next spring and the third trawler, Viðey, is expected to be complete in the autumn of 2017.

Designed by naval architect Alfreð Tulinius at Nautic, the three trawlers are identical. The overall length is 54.75 metres overall with a beam of 13.50 metres.

Propulsion packages are from MAN with 6L27/38 main engines delivering 1790kW at 800rpm, driving 3800mm propellers via Reintjes reduction gearboxes, each with a PTO for the shaft generator. The auxiliaries are also from MAN with a pair of D2840 LE 301 generators on each trawler.

The winches are electric, supplied by Naust Marine. The 300hp bow thrusters are from Brunvoll.

The processing decks and fishrooms are being fitted out by Skaginn 3X and this will be installed on each trawler as they arrive in Iceland.

First newbuild from Karstensen’s Polish yard on the way