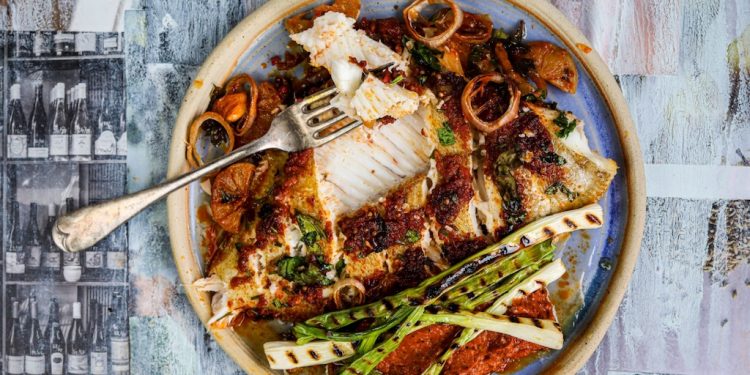 A couple of species with seasonal abundance in Cornish waters have been given a boost thanks to efforts by Seafood Cornwall make them more visible and increase the demand.

Sales on the domestic UK market of spider crab, re-branded as Cornish king crab, and megrim, under the name of Cornish sole, have lifted following a project by Seafood Cornwall and funded by the UK Seafood Innovation Fund (SIF) – and simply rebranding these species with more consumer-friendly names attracted media attention in itself.

‘I wanted to get involved because there’s a real opportunity to sell more British fish in the UK market. It’s not something that is an easy sell, the British consumer is very focussed on the top five species (haddock, cod, salmon, tuna and prawns) and they don’t really like to vary that,’ said Victoria Townsend, Head of Retail at Ocean Fish.

She commented that interest in megrim increased, and previously this had been a species with minimal domestic sales and virtually all of these catches were exported to Europe, primarily to Spain.

‘Prior to 2021 the sales were negligible and it was rare to see megrim in mainstream fish counters. Now it’s an everyday line on Ocado – the world’s largest dedicated online supermarket,’ she said.

‘It is certainly a slow burner; but the more British fish we see on the high street, the more the British consumers will get used to it. We need more people talking about British fish, and more opportunities to get British fish on our shelves.’

The main obstacles for British species such as megrim come down to processing and consumer behaviour. ‘Megrim is difficult to fillet, so the fillets are quite small and expensive, which means it’s not always a great value proposition for the UK consumer,’ she explained.

‘It’s therefore better to sell them as whole megrim, or ‘pan-ready’, but as we know British consumers are squeamish about bones in fish. And so this will always be the stumbling block.’

According to Will Harvey at Newlyn seafood wholesaler W Harvey & Sons, there has been an uptick in interest in spider crab. He said that in 2021, they bought 148 tonnes of spider crab.

‘Since the project, there’s a lot more awareness of spider crab. The name change to Cornish king crab is mentioned a lot and there is an increased demand in the UK retail market. We get a good domestic price, but it makes up a very small amount of sales. The general price has not changed at all because we are still governed by French and Spanish markets where the majority of it goes,’ he said.

‘Last year we sold 1.6 tonnes of spider crab on our website. This year, we’re up to one tonne already, and it’s only May, so there’s a clear upward trend.’

‘As a PO we are always looking to develop new markets for our members’ catch. This campaign is a great example, looking at both shellfish and fresh fish, one inshore and one offshore species, both largely unknown to the UK public,’ said Chris Ranford, CEO of the Cornish Fish Producers’ Organisation.

‘Working closely with other parts of the supply chain, from catchers to processors to celebrity chefs, it was a great opportunity to explore the possibilities with our lesser known species. It is great to see these species now gain some domestic market traction and start to supplement the export market. This is vital for the resilience of our industry.’