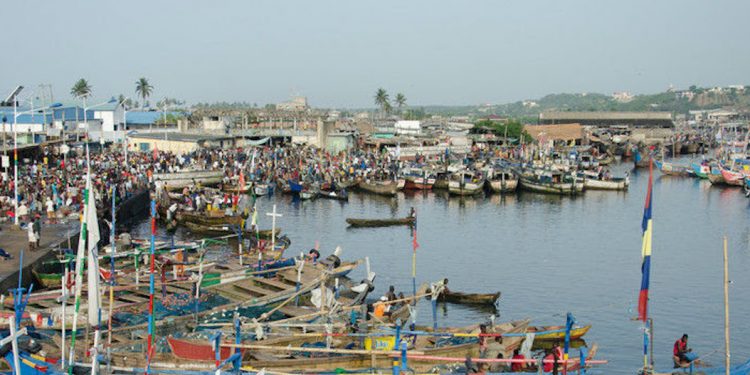 The skipper and some of the crew of a trawler apprehended in Ghanaian waters have been charged with illegal fishing for small pelagics, leading to a US$1 million settlement by the trawler’s owner.

Ghana’s Marine Police brought charges against the Chinese skipper, chief engineer and mate of the trawler, as well as against two Ghanaian crew members. The trawler had 13,900kg of small pelagic species on board when it was apprehended, caught in one day’s fishing.

The gear type identified on board and the catch composition confirmed that the trawler had been fishing for small pelagic species.

According to the Environmental Justice Foundation (EJF), which tracked the trawler and was able to pinpoint its time of departure from port, this is part of the illegal saiko trade, in which demersal trawlers illegally target small pelagics such as sardinella, which are transferred at sea to specially adapted canoes, and subsequently sold in the local community.

The million dollar fine is an indication that the Ghanaian authorities are taking seriously their pledge to crack down on the illegal saiko activities. This fine is the statutory minimum amount that Ghana’s 2014 Fisheries Amendment Act allows, and this is the first time that it has been imposed on a vessel of this type – although since the Act came into force other perpetrators have paid lower sums, despite the legal requirement.

‘Over two million people in Ghana rely on small pelagic fish for their food and income. The government should be applauded for cracking down on illegal and destructive practices that are endangering Ghanaian livelihoods and food security,’ commented EJF’s Executive Director Steve Trent.

‘The concern now is ensuring that the fine is paid in full. In the past, fines have been negotiated down or opaque out-of-court settlements have obscured whether the law has been enforced.  It is vital that this fine is paid to deter others, and that the outcome of this and other cases are published on the Ministry’s website.’