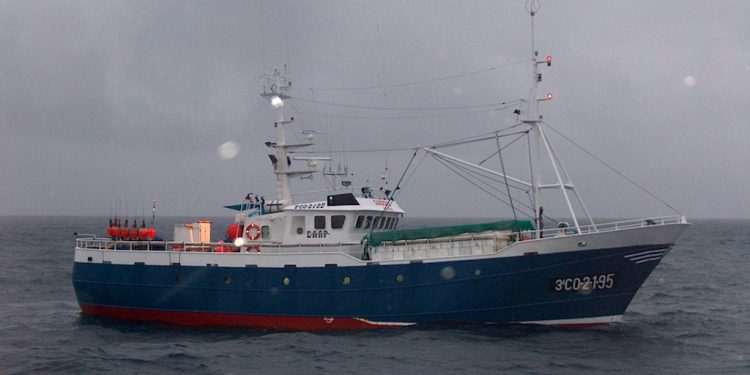 Gaps in science and consultation as Commission shuts fishing grounds

While the European Commission is busy congratulating itself on shutting down 87 areas to all demersal fishing gears in North Atlantic waters, the industry isn’t treating this as good news, and has commented on the lamentable shortfalls in consultation and science relating to this development.

Spanish industry body CEPESCA called an extraordinary meeting, during which the decision was taken to examine the legal options concerning the closure of these areas to all fishing activity.

‘By closing 17% of the area between 400-800 metres of EU waters of the North-East Atlantic to bottom fishing gears, we are delivering on our commitment to protect and restore marine life and after four years we finally implement one of the key provisions of the Deep-Sea Access Regulation,’ said Commissioner Virginijus Sinkevičius, claiming that the measure was drafted after ‘extensive consultations with Member States and stakeholders, including the fishing industry and NGOs’ over the past two years.

‘The industry is concerned at the lack of appropriate mandatory consultations or an analysis of socioeconomic impact, and reports of scientific shortfalls, such as the exclusive use of the fishing footprint of trawlers, and not of fixed gear,’ a CEPESCA representative commented, pointing out that in the report the base unit of around 15-25 square kilometres per cell is used, which is not representative of the actual footprint of a fishing vessel.

CEPESCA points out that while the Commission has already issued a press release announcing these closures, the implementing act has not yet been published in the Official Journal of the European Union.

The prohibition applies to all fishing activities that involve contact with the seabed – trawling, longlining, gillnetting – in 87 fishing areas, with severe consequences for vessels from France, Spain, Portugal and Ireland.

The European Bottom Fishing Alliance (EBFA) estimates that the livelihoods of more than 10,000 fishermen are affected, and in Spain alone there will be repercussions for around 500 vessels fishing for a variety of species with trawl and longline gear.

‘Unfortunately, we feared that the Commission was not going to stick to reason and, for this reason, an EBFA general assembly has already been called,’ said Iván López van der Veen, president of the EBFA.

‘We consider that there has been a lot of arbitrariness in the creation of this regulation and we also doubt that the Commission has the capacity to make these decisions in some cases. Therefore, we want to see the legal text before making decisions.’