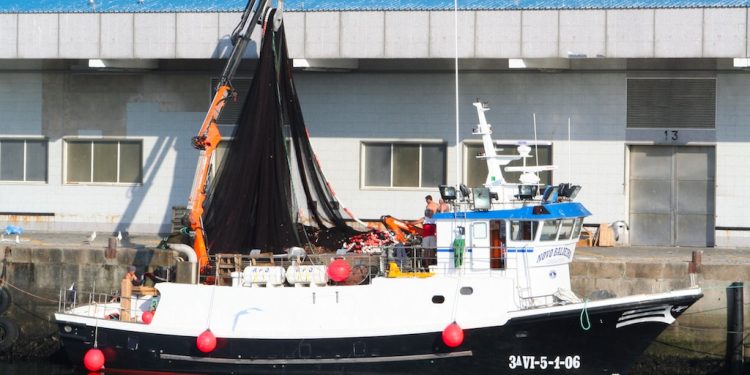 Speaking at a stakeholder event organised by the European Commission, Europêche president Javier Garat told delegates that fishing must regain its place as an essential and respected activity.

‘Our fishermen need rational and understandable rules that allow them to remain competitive and innovative,’ he said.

‘Unenforceable legislation and new radical environmental policies generate mistrust and tension between the sector, public authorities and society. Besides, there are so many rules that fishers need to be practically lawyers to go fishing. This needs to change now. We have a new window of opportunity to learn from past mistakes and to adapt to future needs and global demands.’

He commented that in the adoption of the CFP, all stakeholders recognised that changes resulted in a rapid recovery of fish stocks across Europe, particularly in the North-east Atlantic, although the industry’s representatives voiced concerns that this was achieved at the expense of the fleet, which faces significant job losses, unworkable rules, a global pandemic and energy crisis, threatening to turn fishermen into an endangered species.

‘Many current and past fisheries policies have been based on emotions and not on science. Clear examples can be found for instance in the landing obligation, which was proposed in reaction to a campaign launched by a famous chef in the UK, or the current call to ban bottom trawling,’ he said.

A scientific panelist during the event recommended a rethink of the landing obligation, possibly using a different approach to achieve the goal of avoiding unwanted catches and eliminating discards.

Javier Garat reminded delegates that a resilient marine environment is a must, but it is equally important to provide conditions for a thriving sector and food supply, in line with the Treaty of the EU, and for these reasons, fishermen should be at the heart of the CFP. He stressed the need for more and better science, including socioeconomic impact studies on the impact of fisheries policies.

Fishermen want continued access to traditional fishing grounds, which are rapidly being taken by new marine activities or intended for marine protection. Javier Garat warned that this trend presents a significant risk to EU food sovereignty.

Europêche also believes in the need to strengthen the external dimension of the CFP and ocean governance, for which more financial and human resources are needed.

Javier Garat stressed the importance of fisheries agreements signed with third countries for the EU fleet and the need to apply the same rules to all vessels operating in international waters to guarantee a level playing field. He added that Europêche appreciates the work of the Commission in the fight against illegal fishing globally, and reiterated Europêche’s call for the recognition of the role of joint ventures in third countries.