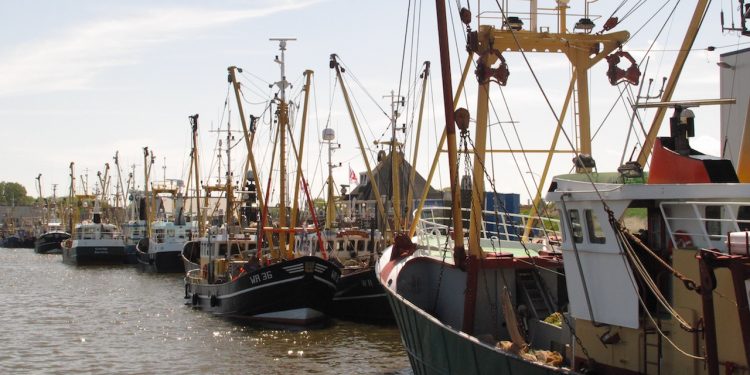 The partners in the fisheries supply chain – suppliers, auctions and trade/processing – have managed to hammer out a fuel price surcharge scheme, providing support to fishing companies that are struggling due to high fuel prices, while also ensuring the continuity of supply in the coming weeks.

Due to the sharp rise in fuel prices as a result of the war in the Ukraine, profitable fishing is no longer possible and many fishing vessels have been tied up. The scheme came into effect on 17th March, initially for a maximum of four weeks and only applies to Dutch beam trawl and twin-rig vessels (including flag vessels) landing to Dutch auctions.

Interest groups including auctions, trade and processing bodies Visfederatie and VVU, and the Co-operatives (CVO) have been consulting intensively to develop a fuel-related surcharge scheme.

According to the trade and processing sectors, it is challenging to pass on a surcharge to the customer and current fish prices are already a problem, which means that the switch to cheaper imported alternatives is already taking place.

The Dutch shrimp trade has been paying a higher price to shrimp fishermen for several weeks now in connection with increased fuel costs.

The fish trade has decided to work out a scheme together with the other suppliers and auctions and to commit to it. The auctions then worked very hard to implement the scheme in their sales process.

‘This shows that we as a seafood chain want to work together to continue to provide consumers with fresh fish, even in times of crisis,’ said Kees van Beveren, chairman of the CVO.

The Ministry of Agriculture, Nature and Food Quality will not compensate the fishermen for the spiralling fuel prices caused by the war in Ukraine – as had already been requested by POs together with the municipality of Urk.

According to de Nederlandse Vissersbond, it came as a surprise to hear that from 1st April the French government will provide a discount/subsidy on diesel of €0.35/litre over a four-month period.

‘Like the French fishermen, we would have preferred to have received fuel support from our government so that a fuel price surcharge on the fish could be avoided. Our government does not want that and we are therefore faced with unfair competition within the EU’s borders; the level playing field is missing,’ said Johan Nooitgedagt, chairman of de Nederlandse Vissersbond.