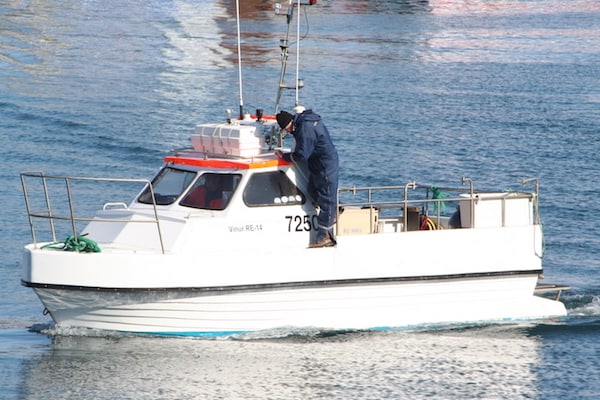 Iceland’s National Association of Small Boat Owners (NASBO) has reached an agreement with fuel company Skeljungur to supply fuel to its members at a price linked to the cost of fuel on the world market. NASBO has kept a close eye on changing trends across the fuel market, publishing price figures for fuel at the pump from the three main Icelandic suppliers.

NASBO went to consultancy company Sjávarkaup to broker a deal with a fuel supplier for its members, who annually consume approximately 7,000,000 million litres of diesel every year, and Sjávarkaup offered four fuel suppliers the opportunity to make an offer. Two of the largest, OLIS and N1, declined to make an offer and the deal went to Skeljungur.

‘The aim is to improve competition and to achieve a lower fuel price for our members,’ said NASBO director Örn Pálsson.

The two-year contract with Skeljungur takes effect on the first of January and can be revised during the two years, as well as having an option for the agreement to be extended.

‘This agreement gives our members better terms and a fuel price based on a formula that is linked directly to the world oil price and the exchange rate, which is a significant improvement for our members,’ he said, adding that in addition to marine diesel, the agreement also takes in lube oil and road fuel for members.

Persuading barnacles to stay away