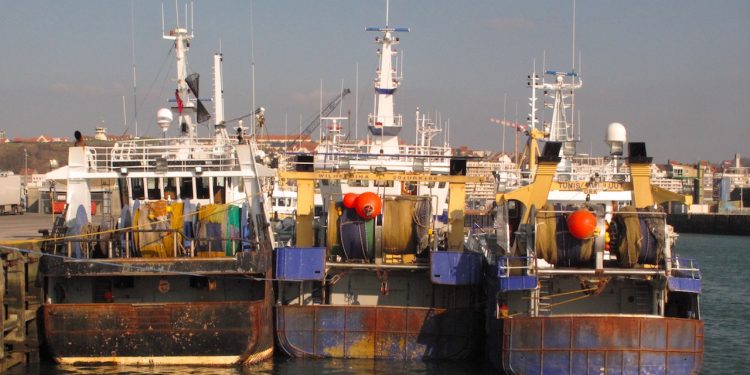 Fishermen in northern France are again on the warpath threatening action against the Dutch-owned fleet of fly-shooters operating in the Channel. This threat follows recent action in protest against the slow progress of the UK in issuing promised licences for French vessels to fish in UK waters.

The growth in the fleet of Dutch-owned fly-shooters, some of which operate under Belgian, French and UK flags, has been a regular flashpoint in the eastern Channel and there have been conflicts in the past as French fishermen have taken action in their own style.

This threat to take action also taken place against the backdrop of an agreement to regulate activity that had been hammered out between French and Dutch fishing industry organisations being rejected by French fishermen just as it was about to be signed.

In protests at grass-roots level, fishermen objected to an agreement that could be seen to endorse the presence of fly-shooters in French waters.

In a strongly-worded statement signed by a group of fishermen from across northern France, the Dutch operators are accused of trucking their catches direct from the main landing port of Boulogne-sur-Mer back to the Netherlands.

‘We demand that systematic controls on their landings be put in place to protect us from fraud that is detrimental to the resource and to our activities. We have asked the Minister of the Sea for an appointment,’ CRPMEM Hauts-de-France president Olivier Leprêtre is quoted as saying.

The activities of the fly-shooting fleet is described as plundering marine resources under the noses of French coastal fishermen.

‘The Dutch model is incompatible with the French way of fishing,’ stated Normandy fisherman Philippe Calone, explaining his reasons for deciding to join protests in Boulogne.

‘These industrial operators are investing in European fishing and obtain ever more quotas and fishing rights. This privatisation of the resource must stop. By limiting the size of vessels to 25 meters in the English Channel, we could protect the resource, artisanal fishing and have more equitable sharing,’ he said