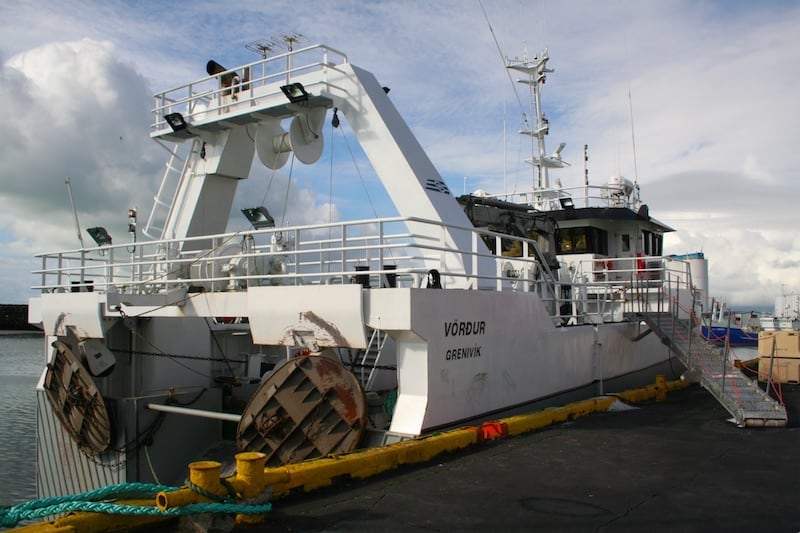 FISK Seafood, based at Sauðárkrókur in the north of Iceland, has acquired two groundfish trawlers and 660 tonnes of quotas from Grenivík company Gjögur.

According to a statement by FISK Seafood, the acquisition of the two trawlers is part of its strategy of fleet renewal, significantly improving conditions and safety by replacing older tonnage with newer vessels, while also rationalising the company fleet’s economic situation, providing a greater variety of fishing opportunities and improving both quality and catch values.

The two 29 metre trawlers are around ten years old. Vörður was built in 2007 in Poland by Nordship, while Áskell was built by Ching Fu in Taiwan in 2009. The two trawlers will be handed over to FISK Seafood in July next year when Gjögur takes delivery of two new trawlers currently under construction at Vard in Norway.