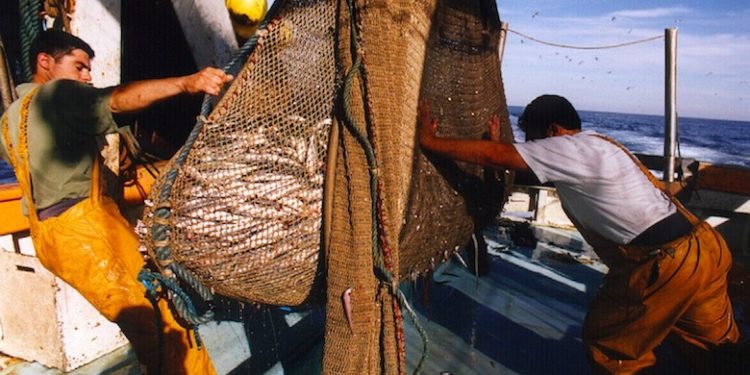 Meeting in Brussels this week, the Fisheries Council reached agreement on the catch limits for 2019 just two weeks before the latest and toughest phase of the landing obligation comes into effect.

Europêche managing director Daniel Voces said that the European Commission had set out proposals for some stocks that were below the levels recommended by scientists, but Ministers adopted a better- balanced decision that will allow to catch more fish while respecting the sustainability of the stocks in the long term.

‘The positive results yielded, thanks to the sacrifices made by the industry over the past decade, may be however compromised by the quick fixes and patches adopted to try to implement an ill-conceived landing obligation for the complexities of the European waters,’ he said.

‘The final phase of the landing obligation is just a couple of weeks away and all species subject to TACs will have to be landed. Fishing vessels with low or no quota for certain species will have to cease fishing even if they still have quota for other species in the same area. In order to mitigate the impact, the Council has adopted inter-area and inter-species flexibilities as well as new quota exchange mechanisms,’ he explained.

‘The result achieved is a step forward in the right direction to implement the landing obligation and mitigate some potential choke risks. However, all the new flexibilities and tools adopted by EU legislators to try to implement this policy will create legal complexity and uncertainty to our fishermen. Only through practical experience we will be able to learn if these measures will be capable of resolving some of the many problems caused by the landing obligation. All our fishermen want to meet the objectives of the CFP and ensure the sustainability of fisheries, but we must have workable solutions and full support from the public authorities to meet those targets,’ Daniel Voces said.

‘The end of overfishing has become a reality’

‘On a positive note, the steady progress towards sustainable fisheries in the North East Atlantic is remarkable. The ambitious agreement will increase the number of stocks fished at MSY levels to 59 next year, compared to only 5 in 2009. Even more importantly, next year close to 100% of the expected landings will come from TACs set in line with MSY. This clearly shows that for the main stocks in the North East Atlantic, the end of overfishing has become a reality,’ he said.

Commenting on the specifics of the December Council, he said that the EU fishing sector welcomes the increases in North Sea saithe by 16% and monkfish by 25%. Concerning Northern hake, although the TACs could have been more ambitious, the Council decided to raise them on average by 26% for all these areas. In contrast, opposite to last year’s increase, the Council adopted steep reductions for whiting by -49% and cod by -35%.

‘Even with the biomass being above the MSY trigger in the North Sea sole stock, the Council adopted a cut of 20% which will certainly hit fishermen’s pockets,’ he said.

‘Despite the positive results for haddock in international waters, the Council brings bad news for this stock in the North Sea where TAC is reduced by 30%. Same goes for cod in North and South-Western Atlantic waters, where there will be a hefty cut of 48%. ’

He said that Europêche welcomes the quota increases for anglerfish in the Northern Celtic Sea (25%) and Southern Western waters (5%), which contrasts with TAC cuts in areas VII (-2%) and VIII (-7%). As for pollack in these areas, the EU has decided to maintain the same fishing quotas for next year.

‘Following the TAC reductions adopted last year, great news for megrim stocks which see TAC increases up to 47% in all Northern and Western water areas,’ he said.

In the Skagerrak, the TAC for cod is strongly reduced by 47%, despite the positive trend of previous years. However, the TAC for plaice is increased by 9% in this area.

‘Concerning the Southern hake, we welcome the fact that the final result was not as harsh as proposed by the Commission (-14%), with a final result of a roll-over, ensuring that MSY levels will be reached in 2020. This satisfying outcome is accompanied by a 5% increase for Southern monkfish.’

Following the agreement reached with neighbouring North-East Atlantic nations, herring has shown poor performance which led to TAC cuts in many areas such as North Sea herring (-36%). Horse mackerel is better placed since for most areas the Council decided to increase the quotas by up to 69%. Blue whiting will see a reduction of 18%. Mackerel is not in the best shape since there are generalised TAC drops (-20%). In general, the industry is increasingly worried about the performance of the scientific body ICES when providing advice for pelagic stocks, including mackerel.

The Council has decided to keep the northern sea bass ban for commercial fisheries although with certain derogations. In addition, the Council has extended the prohibition to fish for European eel of an overall length of 12cm or more in Union waters for recreational fishermen.