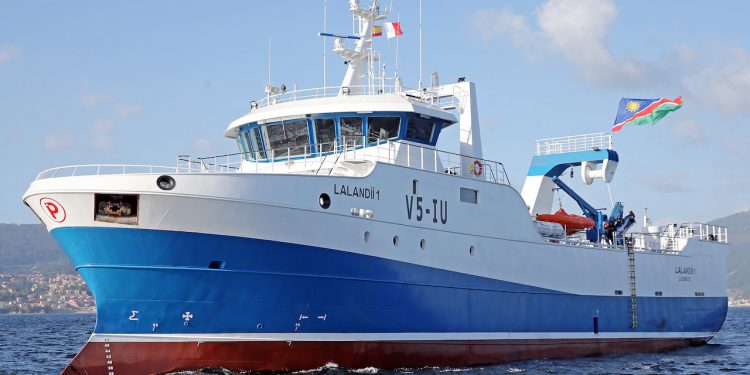 ‘I am truly excited about the geographical, operational and organisational diversity of the fleets that have come forward for the first FISH audits,’ said Mike Kraft, FISH Standard for Crew executive director.

‘These audits were originally planned for 2021, but the ongoing pandemic prevented auditor travel and limited access to quarantined crews. Having auditors on the vessel and performing in-person crew interviews is critical to the credibility of the process and FISH Standard.’

FISH audits include onsite vessel inspections and in-person crew interviews, in addition to policy and procedure review. The audits in Namibia, Seattle, and Papua New Guinea, were performed by Bureau Veritas, MRAG Americas, and SGS auditors.

‘We believe FISH can serve as one of the tools to help ensure fishers are treated fairly and responsibly, and give harvesters a way to demonstrate that commitment to their stakeholders,’ said Friðrik Friðriksson, chair of the FISH Standard’s board of directors and chief human resources officer at Icelandic fishing and processing company Brim.

‘Focus on the responsible treatment of workers is only increasing and stakeholders expect that seafood not only offer environmentally, sustainable sources, but socially responsible ones as well.’