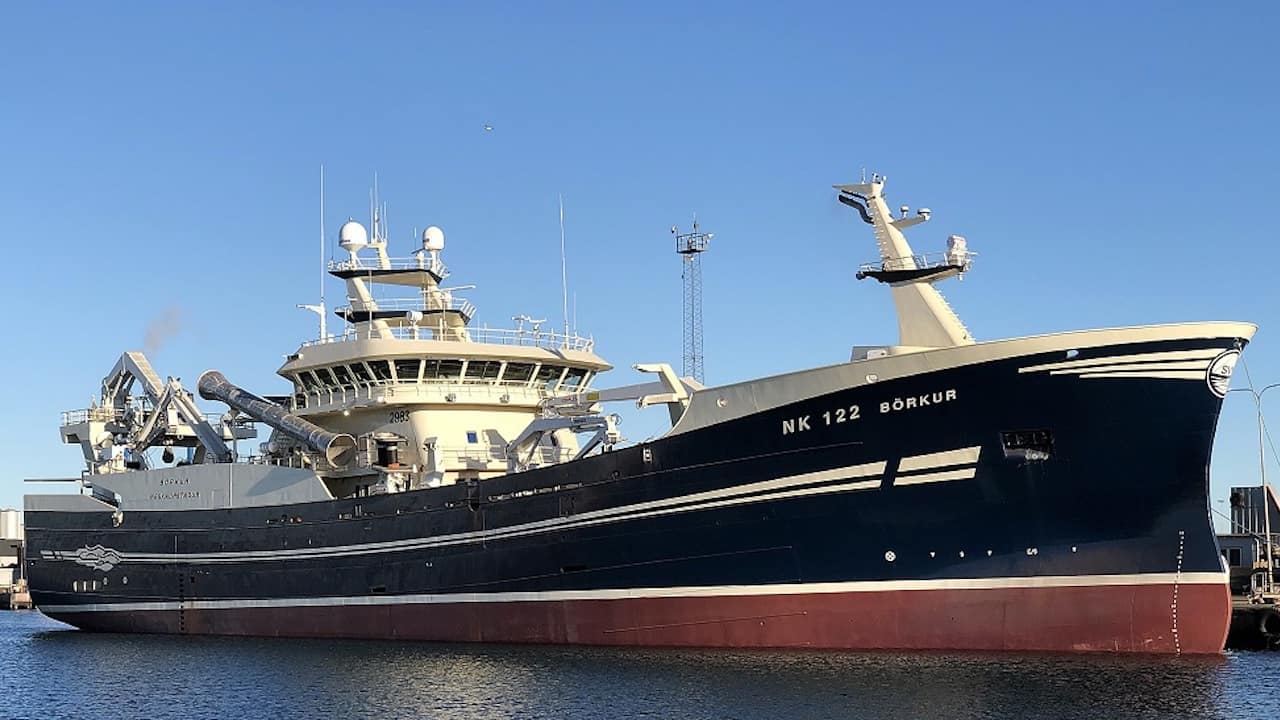 The new pelagic vessel Börkur, under construction at Karstensens Skibsværft in Skagen for Icelandic company Síldarvinnslan, has undergone a successful round of initial sea trials.

On board were fleet manager Grétar Örn Sigfinnsson, skipper Hjörvar Hjálmarsson and chief mate Leifur Thormóðsson, as well as superintendent Karl Jóhann Birgisson and engineer Hörður Erlendsson, both of whom have been at the Skagen yard to oversee the build.

‘It’s a fantastic ship, and the best we’ve seen. The workmanship is outstanding and no effort is spared,’ Grétar Örn Sigfinnsson said.

Skipper Hjörvar Hjálmarsson agreed, commenting that the 90.20 metre LOA, 16.70 metre breadth Börkur and its sister vessel Vilhelm Thorsteinsson, are about to be the finest fishing vessels that have been seen in Iceland. They have 3500 cubic metre tanks, and should be able to carry around 3400 tonnes.

‘During the trials the main engines were load tested and water was pumped into the tanks and the RSW system,’ he said, adding that Börkur achieved 15.5 knots on one engine and 18.8 knots with both running.

‘There’s 9000hp there and it took one minute and eight seconds to go from 5 knots to 15 knots,’ he said and commented that Vilhelm Thorsteinsson seems likely to be delivered this month, with Börkur expected to be completed in late April or early May.

‘I hope we’ll be able to get a blue whiting trip in before Seamen’s Day,’ he said.

According to Karl Jóhann Birgisson, a 46-strong team is about to start painting, which is expected to be a six-week job.

‘It has helped us that sister vessel Vilhelm Thorsteinsson is ahead of us in the queue, so nothing in Börkur’s construction takes us by surprise,’ he said