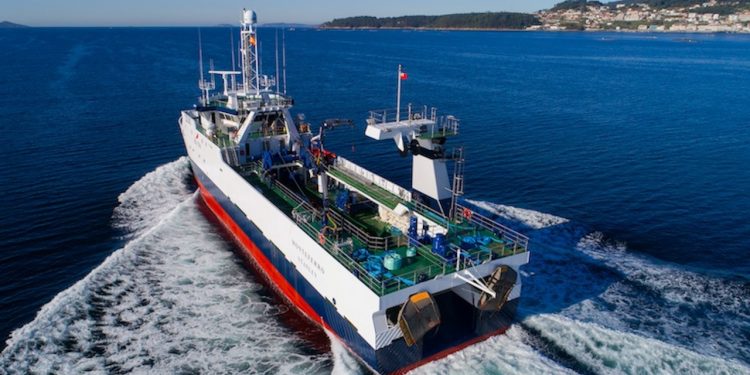 According to Richard Hyslop, the Falkland Islands government’s representative in the UK, a great deal has been done to raise awareness of the situation that could see a 6% tariff placed on loligo squid and an 18% tariff on finfish. This could have devastating consequences for the fishing industry, which is also the backbone of Islands’ economy.

‘The UK government has raised the issue during negotiations, and they pushed the point,’ Richard Hyslop said.

Unfortunately for the Falklands, the EU declined to negotiate, ruling that there is no mandate for negotiations concerning overseas territories – both European and UK.

‘We’re preparing for all eventualities, including tariffs. Although it’s preferable to avert them being imposed in the first place. Acknowledging all the work that has been done on this, now is the time, at the eleventh hour, for a personal intervention. This is the time for the Prime Minister or Foreign Secretary to pick up the phone and make that intervention on our behalf,’ he said.

‘We have had a lot of support, which has unfortunately come to nought. But there’s time for one last push.’

‘In excess of 90% of our seafood products are exported to the EU market, representing over 40% of the Falklands GDP and up to 60% of public revenues. There are no comparable market alternatives,’ commented Falkland Islands Fishing Company Executive Secretary James Bates.

‘This level of imposed costs will significantly undermine the commercial and economic position of the majority of our seafood companies, probably forcing some into a loss-making position in some years and certainly impacting severely on the performance of the sector over many years.’

‘From the beginning, we have worked with the FCDO and UK government to explore all options to secure our continued tariff and quota-free trading relationship with the EU. With less than a month to go until the UK leaves the EU, we are now asking for an intervention from the Prime Minister, Foreign Minister or Minister for the Overseas Territories and Sustainable Development, with senior leaders within the EU who can effect material change,’ she said.
‘At this late stage, we believe this is the only way in which we can make some significant progress. As a responsible government we need to prepare for all eventualities and will continue to work closely with FIFCA to keep the lines of communication open and to impress upon our counterparts within UK government just how vital this issue to the future economic development of everyone in the Falkland Islands. While we are equipped to deal with the volatility that fishing industry naturally faces, if you factor in the impact of Brexit then our economy is facing the perfect storm,’ Teslyn Barkman said.