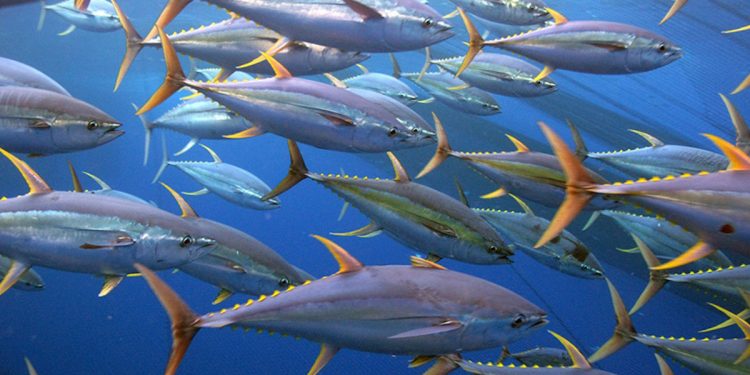 Europêche has presented today a request to the European Commission for the initiation of an anti-dumping investigation concerning imports of tuna processed loins – mainly skipjack – originating in China, which are causing serious economic damage to the European fishing industry.

The information supplied by Europêche to the European authorities discloses the existence of unlawful assistance and tax breaks allegedly granted by the Chinese administration to Chinese exporters of both tuna loins and canned tuna. The European fishing sector urges the EU to eliminate any present and future tariff derogations granted to tuna loins, which mainly come from China, to mitigate further market and economic disruption.

Subsidised tuna exports are a trade practice that not only breaches World Trade Organisation rules but also threatens sustainable ocean governance. The alleged interventions by the Chinese government undermine free competition and require urgent action from the EU to re-establish a level playing field in terms of tuna trade flows.

‘Given the strategic and highly competitive nature of the tuna market we urge the European Commission to initiate an anti-dumping and anti-subsidy investigation with a view to impose as soon as possible countervailing measures against tuna exports to the EU,’ said Europêche president Javier Garat.

Europêche strongly feels that any harmful subsidy or tax relief granted to Chinese exporters should receive the full attention of the European Commission. The United States already issued in April 2016 a formal request to the WTO asking for China to clarify fishery subsidies and bring them in line with WTO rules.

Europêche is alerted by the increasing import volumes of tuna loins flooding the EU market at low prices. These low prices are made possible on the one hand by subsidies from the Chinese government to their producers and on the other hand by EU import tariff derogations granted for 30,000 tonnes of tuna loins per year.

According to Europêche, a recent study reveals that China has expanded its uncontrolled distant-water fishing fleet to the point that China is threatening food security and the economies of coastal communities around the globe. This is due to tax exemptions, fuel subsidies and ship construction subsidies which are hardly ever made public by the Chinese authorities.

‘It is not acceptable that countries which are linked to IUU fishing and serious labour abuses benefit from preferential market access; it should be rather the opposite,’ Javier Garat said.

‘The EU should work towards achieving a true level playing field between EU produced and third country produced seafood. Autonomous tariff quotas for tuna loins at present are rewarding those who have turned a blind eye towards the sustainability of fish stocks and fair treatment of people.’