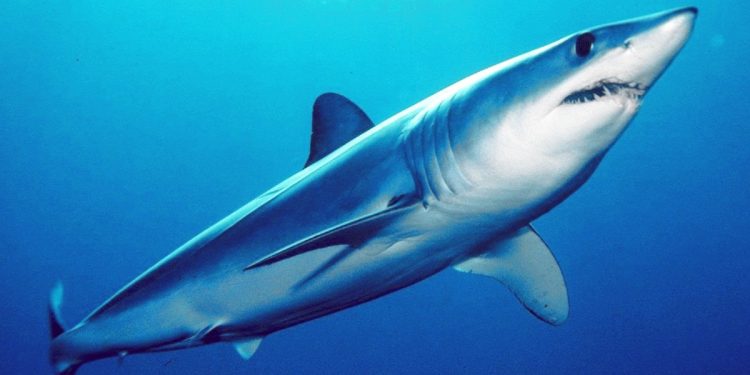 European fishing industry body Europêche is pushing for the EU Council not not put its weight behind the inclusion of shortfin mako shark in the CITES Appendix II listing, ahead of the CITES Conference of the Parties taking place next month.

The industry position is that this would have a significantly detrimental effect on the European surface longline fleet – and Mexico, which made the original inclusion proposal, has since withdrawn it following the FAO Expert Advisory Panel report which concludes that with the available scientific data there is no evidence that this species meets the criteria for inclusion in this Appendix.
CEPESCA Secretary General and Europêche President Javier Garat, accompanied by Daniel Voces and Rosalie Tukker of Europêche, have been holding meetings in Brussels this week with the Fisheries and Environment Councillors of the Permanent Representations to the EU of France, the United Kingdom, Portugal, the Netherlands, Poland and Spain.
Europêche and CEPESCA have expressed their recognition of the work carried out by CITES to ensure that international trade does not threaten the survival of marine species; but have reminded those concerned that there are already instruments and measures to guarantee the sustainability of shortfin mako (Ixurus Oxirhinchus), under the various Regional Fisheries Management Organisations (ICCAT, IOTC, IATTC and WCPFP), as well as various government measures in place.

‘ICCAT’s scientists clearly suggest that the proposal by Mexico and its co-sponsors is not scientifically well founded, that the inclusion in CITES of the shortfin mako will have negative consequences in obtaining scientific data and, therefore, in their assessment that RFMOs are really the right organisations to manage shark species – and not CITES,’ Javier Garat said.
Europêche has sought to highlight that tuna RFMOs are the best placed to introduce direct and appropriate management measures of shark populations, while ICCAT established in 2014 a special Shark Research Programme, financed annually, with special attention to shortfin mako, warning on several occasions of inaccuracies related to the state of the stock and its future mentioned in the proposal by Mexico and its co-sponsors.
Javier Garat commented that ICCAT Recommendation 17-08, in force since 2017, establishes a series of management measures with the objective of reducing the fishing mortality of shortfin mako in the North Atlantic and that these measures have led to reduced catches, increased observer coverage and improved data for scientific evaluations. In May 2019, ICCAT will update the scientific evaluation and in November it will review management measures in accordance with the recommendations of the scientific committee.
FAO experts have stated that it is already prohibited to fish for shortfin mako in the Mediterranean and that there is no evidence that the populations of this species of the South Atlantic, Indian and North and South Pacific, meet the CITES criteria.
Acccording to Europêche, shortfin mako sharks are not comparable to others included in CITES Appendix II, such as hammerhead or whale sharks, which are not under the management of RFMOs and the status of these species is significantly worse – requiring a different set of measures to those applied to shortfin mako.
Europêche representatives have highlighted the potential negative impact of the inclusion of shortfin mako in Appendix II on the European surface longline fleet, both economically and socially, while also adding significantly to the administrative burden of managing the certification of landing catches from high seas fisheries included in CITES for international sale.
In Spain alone 3000 tonnes valued at €10 million were sold in 2017 and in the preceding year the figure was 2000 tonnes with a value of €8 million, while in 2018 North Atlantic catches of shortfin mako dropped to 1120 tonnes.