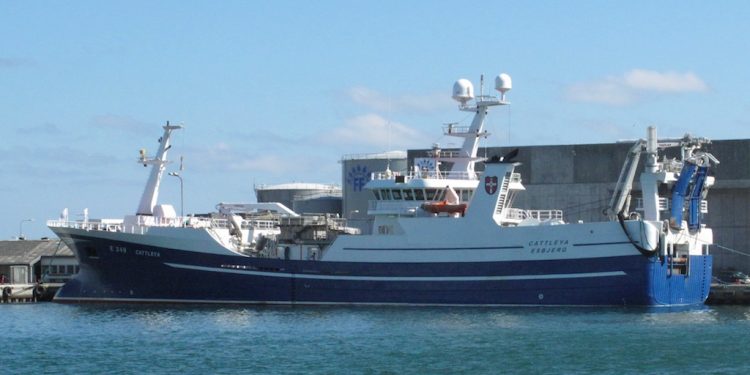 European industry sets out position on pelagics for 2023

EU pelagic operators, represented by EAPO, have issued a position paper on pelagic opportunities for 2023, starting with advising sticking to the ICES advice for Northeast Atlantic mackerel with the proposed 2% tAC reduction to 786,066 tonnes.

According to EAPO, the ICES advice should be adhered to, and it argues that this year’s advice would have most likely been an increase in the TAC if it had not been for the overshoot this year due to what it describes as ‘excessive unilateral quotas set by other parties.’

EAPO and the EU pelagic sector are urging the European Commission to make every effort to bring all parties together for meaningful negotiations, stating that despite rounds of consultations so far this year, there is still no clear perspective of having a new sharing arrangement in place in the immediate future.

‘Discussions have seemingly been at a standstill for the larger part of the year. Talks were stalled by Parties claiming that circumstances were not right for real negotiations and wanting to debate in great detail the possible criteria for calculating shares, for which they brought invalid arguments to the table,’ an EAPO representative commented. The EU pelagic sector is calling on the Commission and the Council to stick firmly to the position that the concept of zonal attachment cannot serve as the basis for a sharing arrangement, and that track records should be respected, with a view to providing continuity, stability and predictability.

‘Some Parties however, in particular Norway and the UK, advocate the use of the concept of zonal attachment as the main criterion. As we noted previously, we conclude that this year’s report on the geographical distribution of the mackerel stock in the Northeast Atlantic shows that the data concerned, while in itself resulting from the best of endeavours by the Coastal States scientific community, does not provide a basis for taking a zonal attachment approach to the quota-sharing arrangement for this stock,’ EAPO states.

‘There are simply too many caveats, limitations and uncertainties in relation to the methodology and the outcome, which the authors stress will be extremely difficult to remedy in the future. The cherry-picking by said Parties of pieces of data in order to make a case for themselves should remain unacceptable to the EU. Moreover, the current fishing season, showing again very different patterns, underscores the invalidity of those claims and the instability of the concept.’

The EU pelagic sector has reiterated its expectation that the Commission and the Council should condemn and take immediate action against parties setting excessive unilateral quotas and, in addition, to not accept the current overfishing to count towards an increased fishing track record for those parties concerned. EAPO points out that Norway and Faroe Islands set their quotas at the same unrealistically inflated levels as in the past year, when both Parties increased their shares by 55%.

‘This means that the predicted overshoot of the TAC is again around 42%. These actions are unacceptable, at odds with the UN Convention on the Law of the Sea and particularly the 1995 Straddling Stocks Agreement, and can be qualified as IUU fishing. This flies in the face of the ongoing efforts to reach agreement on a sharing arrangement between all involved Coastal States,’ EAPO’s representative said.

‘Right now only the EU and the UK are sticking with quotas based on the most recent sharing arrangement in place.’

EAPO also advocates following ICES advice on blue whiting, Atlanto-Scandian herring, North Sea herring and silver smelt, while noting that no sharing arrangements have yet been made for blue whiting and Atlanto-Scandian herring, and that reports on the geographical distribution of these stocks have not yet been made available. EAPO also notes that for silver smelt, unilateral quotas have been set by the Faroe Islands and EU/UK separately since 2016, and the sum of these exceeds the recommended catches.

The pelagic sector in the EU has expressed its concern over the ICES advice for a zero TAC for western horse mackerel, which ICES has assessed as showing a consistently low recruitment.
‘It should also be stressed that the estimated biomass is substantial at around 750,000 – 800,000 tonnes and will remain so in the various scenarios listed by ICES. Furthermore, the absence of a TAC would impact the viability of those fisheries taking place in conjunction with the horse mackerel fishery around the same fishing grounds,’ EAPO’s representative stated.

‘We have a responsibility to keep the fishery alive if we can do so in a sustainable way. Therefore, and considering all the above, the EU industry, like the PelAC, would favour the main alternative to the zero-TAC advice (MSY approach), which is to follow the ICES-approved PelAC rebuilding plan. This would result in a TAC for 2023 of 15 513 tonnes (-78%).’