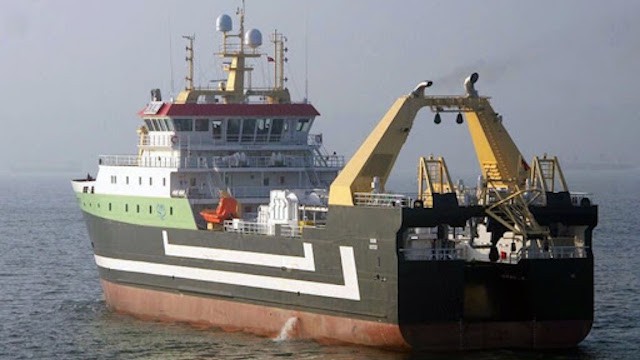 President of German fishing industry association Deutscher Fischerei-Verband Gero Hocker has warned that if the European Union does bot move to defend the interests of its fishing industry in the escalating dispute with Norway, there is a real risk of fishing rights being permanently lost.

‘Norway wants to cut the EU cod quota and has unilaterally increased its own mackerel quota by around 100,000 tonnes, at the expense of the EU,’ he said, commenting that the situation could become serious by the end of August when fishing vessels from Germany, Spain, Portugal, France and Poland will have exhausted the quotas Norway wants to allow – and has threatened to arrest vessels from these nations if the Norwegian limits are exceeded.

‘After an exchange of verbal communications about the different points of view did not bring a solution, there is a threat from Norway to arrest the vehicles from five EU countries. This scenario is now gaining in probability,’ Gero Hocker warned

‘Should the EU fail to defend the legitimate rights of EU citizens in this situation, there is a risk of permanent losses of fishing rights with a total value of several hundred million euros per year. If the EU does not vigorously protect its interests here, it would be perceived as a signal of weakness in the international arena. This could encourage other states to gain advantages in other marine areas to the detriment of the EU. That is the unanimous opinion of the fisheries representatives from the EU countries concerned. Norway could also see it as a confirmation of its unilateral measures and take additional quota shares in Spitsbergen in further steps.’

He commented that Norway is exploiting the vacuum left by the UK’s departure from the EU, and while the EU was able to negotiate a basic agreement with Norway on access and quota distribution, negotiations between the Norwegians and the British failed.

‘Norway unilaterally reduced the EU’s cod quota by 7000 tonnes,’ he said, commenting that Norway is also using this situation to strengthen its claim to sovereign rights over the Svalbard region, and that for European fisheries, this approach by the Norwegians puts the sustainability principle at stake.

‘Because the fish stock to be distributed is not increasing, someone has to foot the bill for these self-serving campaigns by the Norwegians. The EU cannot simply accept this. We will end up having to buy fish from Norway that we previously caught ourselves. This costs a lot of jobs and is absolutely unacceptable,’ Gero Hocker said, commenting that industry hopes that the EU will take action to avoid an escalation and to protect the legitimate rights of EU citizens, while the Federal Government of Germany is encouraged to maintain its previous strong position and influence in Brussels.