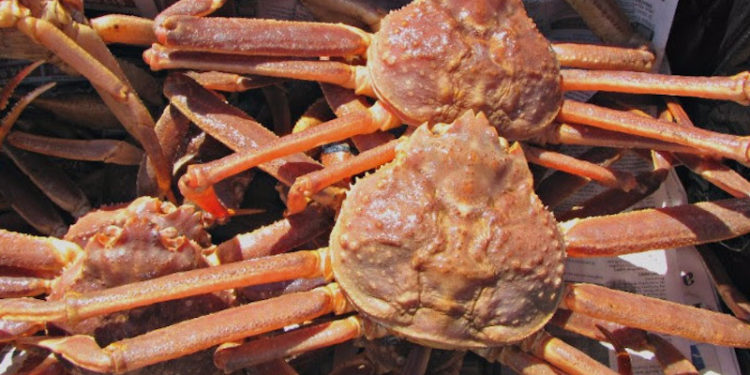 EU vessels have been authorised to fish for snow crab in the Barents Sea and Svalbard waters since 2013. Even though these vessels carry valid fishing licences, several have been arrested by the Norwegian authorities, who refuse to recognise the legitimate right of EU vessels to sustainably and legally operate in this area.

According to Europêche, to date 19 large vessels from several EU countries remain tied up in port out of fear of being arrested. A recent Norwegian court ruling has declared the restrictions illegitimate and contrary to the international obligations undertaken by Norway.

The snow crab fishery is a new growing business in these waters since it is considered an invasive species and becoming an important player in the Barents Sea ecosystem. Europêche feels that this explains the efforts by Russia and Norway to limit the participation of EU vessels in this fishery despite the fact that it is conducted in international waters regulated by the North-East Atlantic Fisheries Commission (NEAFC). A similar discriminatory situation occurs in Svalbard waters, where although Norway holds full sovereignty over the area, this is conditional to equal access and treatment of certain EU Member States signatories of the Svalbard Treaty of 1920.

‘We hope that the Norwegian court ruling will act as a wake-up call to the attitude of Norway, which must respect its international obligations. Many EU jobs and families directly depend on this activity and have no other alternative. We urge the European Commission services, together with Member States, to urgently find solutions to allow snow crab fishermen to resume their legal activities, since EU operators are losing an average of € 1 million per month each.’

‘The Norwegian attitude is worrisome and casts shadows towards the future, when the political landscape in Atlantic fisheries will be fundamentally changed,’ added EAPO president Pim Visser.

The first case refers to the fishery conducted in international waters, both countries claim that snow crab is a sedentary species which belongs to their extended continental shelf (outside Norway and Russia’s 200-mile Exclusive Economic Zone). In accordance with the United Nations Convention on the Law of the Sea (UNCLOS), they are entitled to exercise sovereign rights over this area for the purpose of exploring it and exploiting its natural resources, including snow crab. This interpretation led the Norwegians to arrest in 2016 a Lithuanian crabber vessel, accused of illegal crab fishing on the Norwegian extended continental shelf.

The Lithuanian operator appealed this decision since, as defended by the whole EU industry, these sedentary species fall under the scope of NEAFC managed resources which overrides the UNCLOS provision. In line with this approach, in January 2017, the Norwegian court ruled that the national restriction to conduct fishery operations for snow crabs within the Norwegian extended continental shelf infringes the international obligations undertaken by Norway in accordance with the NEAFC Convention. It therefore concluded that Norwegian coast guard actions were illegitimate, and acquitted the company and the skipper from all charges.

In a second case related to Svalbard waters, in 2015 Norway formally introduced a fishing ban for snow crab in this area; while at the same time granting exemptions to eleven Norwegian vessels in 2015, 20 in 2016 and 50 in 2017. Since this regulation contradicts with the non-discrimination clause of the Svalbard treaty, the EU officially demanded Norway amend the law and accordingly issue twenty valid fishing licenses to EU vessels. Norway challenged this decision and arrested a Latvian vessel, which was accused of snow crab illegal fishing on the Norwegian shelf in Svalbard waters.

‘This situation also calls into question the weight of EU Regulations that do not seem to be able to protect the sector, which obviously has to abide by them. Besides imposing obligations, EU Regulations must provide legal certainty and guarantee the rights granted to EU operators allowing them to exploit snow crab in the Barents Sea and Svalbard waters,’ Javier Garat said.

‘The EU assumes a responsibility towards the operator when issuing a fishing license. The European Commission must ensure and enforce the legitimate rights of the Member States, the signatory countries of the Svalbard Treaty and beneficiaries of the Council’s Regulation (EU) 2017/127, for fishing the snow crab, in the Svalbard waters,’ he said, adding that against this background, the EU fishing industry is also exploring other means of action such as securing its legitimate rights through the jurisdiction of the International Court of Justice (The Hague) and fully utilising the available EU funds for cases of temporary cessation of the fishing activity.