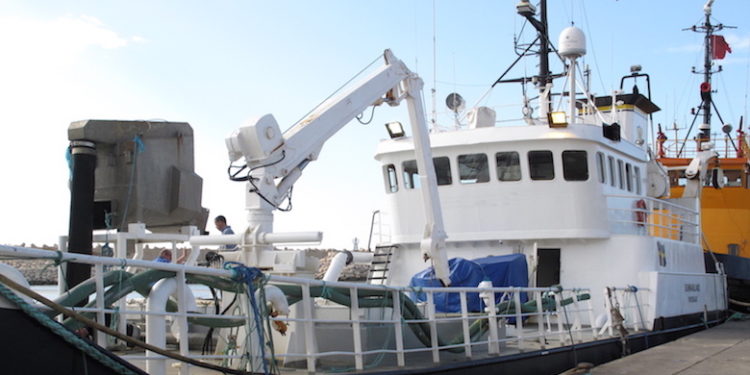 The announcement yesterday by the Court of Justice of the European Union (CJEU) that the fisheries agreement concluded between the EU and Morocco is not applicable to Western Sahara and to its adjacent waters has come as a blow to European operators, as around 94% of the catches under the agreement take place in those waters, According to Europêche, this decision disregards the importance of the agreement for the fisheries sector.

Europêche states that despite the ruling, there is a determination to continue to strengthen the co-operation and business relations with Morocco, as the agreement has brought about socio-economic benefits for both parties, particularly for the local population in Western Sahara.

‘In this respect, Europêche is calling on both parties to negotiate a new Fisheries Agreement,’ said Europêche president Javier Garat, commenting that both European and Moroccan fishing industries have stressed the socio-economic importance for both parties of the current fishing protocol.

The current agreement entered into force since July 2014 and expires on 14th July this year. Negotiations for a renewal of the agreement were scheduled, pending the outcome of the CJEU ruling.

Europêche states that according to the UN legal service (Correll doctrine), exploitation of the resources of a non-self-governing territory such as the Western Sahara is not contrary to international law, provided it is done for the benefit of its population.

‘This interpretation was further underpinned by the Legal Service of the European Parliament, which back in 2009 observed that if it could not be said that the Fisheries Agreement is, as such, contrary to the principles of international law, the implementation of the SFPA would determine if the principles of international law concerning the rights of the people of Western Sahara will or will not be respected,’ Europêche states

‘The reality shows that these principles have indeed been fully respected, since thanks to the fisheries agreement, the EU contributed €30 million per year, of which €16 million corresponds to fishing access rights and €14 million to sectoral support,’ Javier Garat explained.

‘66% of the latter financial envelope (€9.24 million) has been allocated to the Western Sahara regions Dakhla-Oued Eddahab and Laâyoune-Sakia-El Hamra. In addition, there is the contribution of the vessel operators in terms of license fees, amounting to €10 million.’

‘The current EU-Morocco Fisheries Agreement not only guarantees respect for international law and human rights, but has also been beneficial for both parties,’ Javier Garat said.

‘This agreement has contributed to improve the sustainable management of fish resources in these rich fishing grounds and is crucial for the activity of up to 126 European vessels, 700 fishermen and 3500 workers ashore. In terms of food security, the agreement allows to catch 83,000 tonnes per year, worth €80 million, which represents 5.6% of the total catches in the area. As the European Commission has reported, local communities in Western Sahara have been clearly benefiting from the EU fishing activities, landings and investments. We are committed to continuing creating wealth and employment under the future fisheries agreement.’