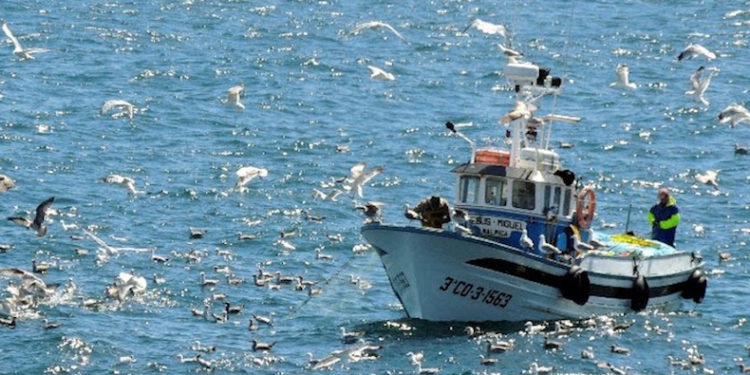 The Fisheries Committee of the European Parliament has voted on the new European Maritime and Fisheries Fund (EMFF) that will cover the budgetary period 2021-2027. Europêche has voiced its appreciation of the strong stand the Parliament has taken in the light of the 5% budgetary cut proposed by the European Commission to compensate for the upcoming Brexit gap in the EU budget.

The Parliament has called instead for a 10% budget increase (€7.74 billion) compared to the Commission’s proposals to face the many upcoming challenges for the sector. Europêche has welcomed the efforts made by the Committee to deliver their position on the new fund before the end of the current legislative term to avoid any delays as well as their focus on the socio-economic sustainability of the fishing fleet.

‘Under the leadership of the rapporteur MEP Gabriel Mato, the European Parliament has taken a tremendous step forward in developing a coherent and practical fund to support innovation, modernisation of the fishing fleet, and the improvement of working and living conditions of fishers,’ said Europêche managing director Daniel Voces.

‘We hope that the Parliament’s plenary vote in April will endorse the text to facilitate a smooth transition to the next budgetary period starting on 1st January 2021.’

He said that the EMFF proposal aims to provide a modern, fair, simple and flexible fund to support a sustainable and competitive fishing sector based on the principle that all measures not explicitly prohibited, are permitted.
‘The Parliament has provided further legal clarity to the principle. Furthermore, a series of measures were put forward to help the industry achieving these objectives. As an example, it was proposed to ring-fence 10% of the Union’s financial support to improving the safety, working and living conditions of the crew, training, social dialogue, skills and employment.’

Europêche has also welcomed the Parliament’s contribution to make more flexible access to compensation, in case of temporary and permanent cessation of fishing activities. This is particularly applicable for fleet sectors where the fishing capacity is not balanced against available fishing opportunities.

‘Such a tool would allow for the adjustment of fleet segments with identified structural overcapacity. In addition, fishers would now also benefit from this financial support, and not just the fishing vessel owner,’ Daniel Voces said.

Conversely, and in the cases of balanced fleets, the Parliament agreed to facilitate access to credit, insurance and financial instruments to sustainable vessels, regardless of their length, where funds are available and provided that small-scale coastal operators are given priority in the selection process. The fund may allow for the replacement or modernisation of the engines if this does not result in an increase in propulsion power in kW.

‘We welcome the strategy for modernisation of fishing vessels, since the average age of the EU fleet is 22 years, provided that the available capacity ceilings are respected,’ he said.

Members of the Fisheries Committee also endorsed the continuation of the EMFF support for producer organisations in need of financial storage aid for fishery products intended for human consumption. This would allow operators to manage unpredicted catch surpluses by storing part of the production before putting it back for sale when captures decrease.

Under the current fund, fishers who commit an infringement within five years after the finalisation of the project funded by the EMFF must repay the money. This unfair rule was a major deterrent for those concerned that any mistake could result in the withdrawal of the funds, which explains the low uptake of the current fund. The situation was even worse for organisations applying for funding on behalf of several fishing vessels, since a single mistake involving one vessel would affect them all.

‘The sector appreciates the rightful position of the Parliament to reduce the period from five to two years, in line with the provisions set in the CFP,’ Daniel Voces said.
‘Europêche regrets the missed opportunity to adapt the definition of small-scale coastal fishing to the different national and regional fisheries realities across Europe. Only the small-scale fleet from the outermost regions will be defined at national level.’

He commented that the fishing sector applauds the Committee’s proposal to enhance the social dimension of fisheries, particularly the reintroduction of measures to foster social dialogue, start-up support for young fishermen, and training.

‘Europêche believes it essential to prioritise these funds to alleviate one of the main ongoing problems in the sector – the shortage of qualified professionals. The Parliament also introduced as an indicator to assess the evolution towards sustainable fisheries: the development of employment in the industry,’ Daniel Voces commented.