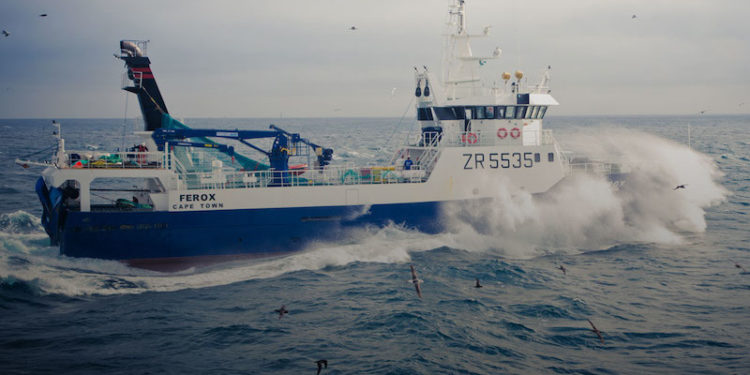 Fishing companies that catch hake for local and international markets, delivering R6.7 billion to the South African economy annually, have cautioned that sensible rights allocations are necessary to preserve international competitiveness and jobs in coastal areas.

Releasing the findings of an independent, industry-wide socio-economic study of the hake deep-sea trawl fishery in Cape Town, chairman of the South African Deep-Sea Trawling Industry Association (SADSTIA), Terence Brown, said that the industry’s well developed, unique economic characteristics should be front of mind during the fishing rights allocation process scheduled for completion in 2020.

Long-term rights for 12 commercial fisheries will be allocated by the Department of Agriculture, Forestry & Fisheries (DAFF) next year. Similar processes conducted by DAFF in 2013 and 2015/2016 were highly controversial and characterised by lengthy delays, prolonged litigation, disruption of fishing and the destruction of value for individuals and companies invested in fishing.

Consultations with stakeholders around the policy that will underpin the fishing rights allocation process of 2020 are considered crucial and are expected to begin in April this year.

‘The hake deep-sea trawl fishery is an industrial-scale fishery,’ Terence Brown said. ‘It does not in any way compete for resources with small-scale fisheries because it fishes in deep, offshore waters that are inaccessible to small boats. To overlook the risky, capital-intensive nature of the deep-sea trawl industry, and the need for economies of scale in the catching and processing of Cape hake, would be to risk destroying this industry which currently provides compelling value and thousands of good jobs in coastal areas.’

The socio-economic study released by SADSTIA today was completed late last year by Genesis Analytics, a respected South African economics consultancy. It quantifies, for the first time, the socio-economic contribution of the hake deep-sea trawl fishery.

Genesis Analytics’ researchers calculated that if the quotas of existing rights holders are reduced by 10% in 2020, the objectives of the Marine Living Resources Act and the National Development Plan would not be met and the socio-economic contribution of the fishery would be materially reduced – for little or no gain in economic or political transformation. This would have a major impact on production costs, resulting in a forced restructuring of the industry and job losses.

Because the industry is substantially more transformed today than it was 14 years ago, reallocation of rights to new entrants will increasingly destroy value for historically disadvantaged persons (HDPs) who have invested in the industry, including employees who are invested via employee share schemes.

According to the Genesis Analytics report, HDPs currently hold approximately 66% of the equity in the firms harvesting 90% of the hake deep-sea trawl catch and the same or higher amongst the remaining smaller firms. Shareholding by HDPs has more than doubled from around 30% in 2005, when rights were last allocated.

The key findings of the Genesis Analytics study include:

• SME investment – spend with small- and medium-sized enterprises totals R335 million per year, of which 57% is with > 50% black-owned SMEs.

‘We believe that the findings of the Genesis Analytics study are critically important and we are confident that DAFF will consider them seriously,” Terence Brow said.

‘Our fishery is South Africa’s most valuable. It is transformed, sustainable and internationally competitive – a true South African success story. Our vision is for the fishery to continue providing a full range of benefits to the people of South Africa for generations to come.’