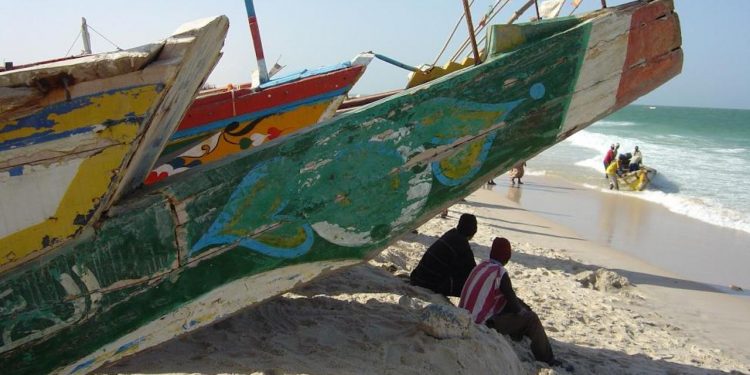 Negotiations between the European Union and the Islamic Republic of Mauritania towards renewing the bilateral agreement on sustainable fisheries have been concluded.

This replaces the 2008 agreement, strengthening the political partnership between the EU and Mauritania that has a background of several decades of fisheries co-operation.

The new agreement comes after a long negotiation, which took place in a phase of reform of Mauritania’s fisheries management and incorporates the priorities of the new national sectoral strategy recently adopted.

According to the EU Commission, the Implementation Protocol accompanying the new agreement was concluded for a period of five years and aims at a gradual alignment of the fishing opportunities offered to EU vessels operating in Mauritanian waters with their actual activity, taking into account the best scientific advice in the context of increased monitoring of the state of the fisheries resources concerned.

The protocol includes, inter alia, a review clause before the third year of application in order to allow the possible adjustment of the fishing opportunities and the financial contribution paid by the EU in the light of the actual use made of these possibilities by EU vessels.

The new protocol aims to contribute to responsible fishing and sustainable management of fisheries resources under improved technical and operational conditions and transparency, in particular in aiming to minimise the impact of fishing on marine ecosystems and respect the activities of Mauritanian coastal and artisanal fleets.

The protocol provides for access by the European fleet to Mauritanian waters for a fishery totalling around 290,000 tonnes of crustaceans, demersal fish, tuna and small pelagics annually.

For the first years of application of the protocol, in addition to the catches paid by European fishermen, the EU will devote €57,5 million per year to this partnership. The European Union will pay €16,5 million, spread over the duration of the protocol, as sectoral support to accompany the implementation of the Mauritanian national strategy by measures approved jointly.

With this new protocol, the European Union and Mauritania reiterate their desire to generate more wealth and employment opportunities in Mauritania, while ensuring the continuation of fishing activities for European vessels traditionally operating in Mauritanian waters. In this context, the protocol encourages cooperation between economic operators.

The new protocol provides for a short-term modification of the fishing zone for the small pelagic category, based on a favourable scientific opinion, which has already been issued by the independent Joint Scientific Committee. This measure will improve the attractiveness of Mauritanian waters for the European fleet, while ensuring through the adoption of a management plan the conservation of this resource.

The Mauritanian authorities have already started drawing up this management plan, which will be validated by the Joint Committee as soon as possible after the finalisation of the adoption process at national level.

Other measures within the protocol include improving data collection through the application of electronic systems for daily monitoring and better monitoring of fleet activities, clear definitions of by-catch limits, more detailed provisions on scientific observation, improved conditions and requirements for seafarers.

The protocol also includes a new annex specifically dedicated to transparency, which aims to facilitate the collection of data and the dissemination of information on the activities of all fleets operating in Mauritanian waters.

In conjunction with the National Strategy for the Development of the Fisheries Sector recently adopted by Mauritania, the protocol defines in advance the lines of intervention for the allocation of sectoral support, which will be approved at the first Joint Committee within the first three months of application of the new protocol.

In this context, particular attention shall be paid to scientific research, in particular as regards enhanced monitoring of the state of stocks, including through the implementation of scientific observation programmes recently recommended by the Joint Scientific Committee and the relevant regional fisheries organisations.

Actions to protect marine environments and ecosystems will continue under the new protocol through projects benefiting the Coastal National Parks. Actions to strengthen the capacity to control and monitor fishing activities, as well as the capacities of the departments implementing the new national strategy, are eligible for EU funding.

In addition, part of the allocation will also be used to improve and control health conditions throughout the production and processing of fishery products in order to improve the economic impact at national level.

A specific intervention axis will be dedicated to measures to support artisanal fisheries and coastal communities, which also receive other European support through bilateral cooperation programmes.

Compared to the current protocol, the arrangements for implementing sectoral support have been both simplified and strengthened, in order to take account of the principles of transparency, efficiency, effectiveness and sound financial management. The allocation will be monitored by the Joint Committee provided for in the agreement, which will meet at least once a year, and by regular monitoring of the activities carried out in co-operation with the Delegation of the European Union in Nouakchott.