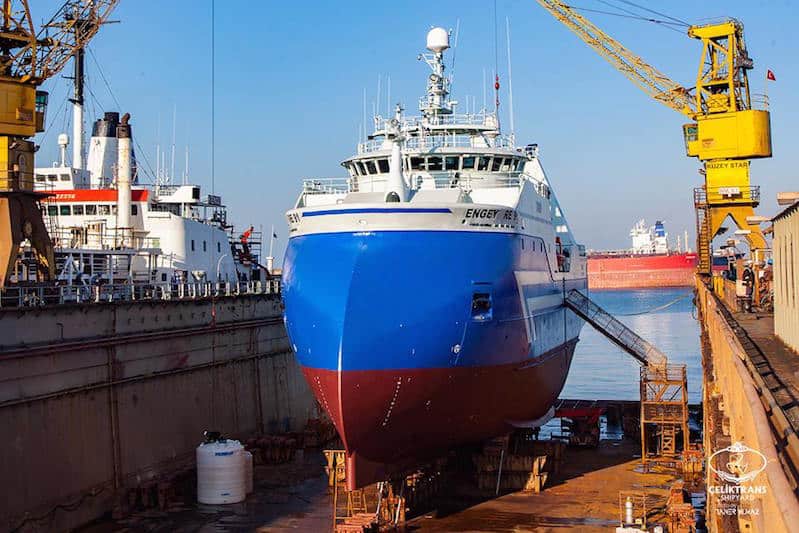 HB Grandi’s new fresher trawler is about to be delivered this week by the Celiktrans yard in Turkey.

The new Engey RE-91 is the first of a trio of new fresher trawlers intended to replace some of the company’s older vessels. Due to be followed later this year by Akurey and Viðey, the new trawlers are amount the first of a new wave of groundfish vessels set to join the Icelandic fleet in the coming months from mainly Turkish and Chinese shipyards.

Engey’s handover is scheduled to take place on Friday this week, to be followed by an estimated 12 days steaming to Reykjavík before crossing the bay to Akranes.

The three trawlers are to be fitted with an innovative catch handling and storage arrangement that is being designed and built by Skaginn and 3X Technology, and which will be installed alongside at Akranes.

An estimated nine weeks are required for the catch-handling deck to be fitted, and Engey is expected to be ready for sea in early March.